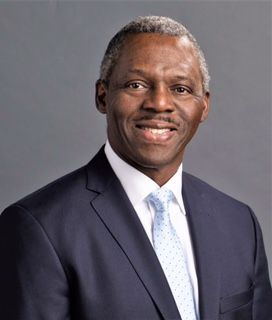 Hon. Hugh Fraser is a retired Judge, having spent over 25 years as a Justice of the Ontario Court of Justice in Ottawa and Toronto, Canada.  He currently works as an Arbitrator, Mediator, and Workplace Investigator and is a roster member of JAMS, the largest private provider of alternative dispute resolution services worldwide.  He received his B.A. (Hons.) from Queen’s University in 1974 and his Juris Doctor from the University of Ottawa Law School in 1977.

Justice Fraser is an Olympian, having competed for Canada at the 1976 Olympics in Montreal and is recognized as an international expert in sports law.  He has been on the Court of Arbitration for Sport for 25 years and served on the the first ad hoc Court at the Olympic Games in Atlanta, in 1996.   He has been a member of several other ADR panels in North America and Europe including, the PGA/LPGA Anti-Doping Panel, the World Athletics Disciplinary Tribunal, the Sport Dispute Resolution Centre of Canada (SDRCC), the Swiss Arbitration Association, and the International Centre for Dispute Resolution.   Hugh has resolved disputes throughout Canada and the U.S. as well as in Australia, Brazil, Grenada, Malaysia and Switzerland.

Justice Fraser is currently a member of the National Collegiate Athletic Association (NCAA) Complex Case Independent Resolution Panel and serves as the Panel’s Administrative Officer.  He is also one of two Commissioners with Athletics Canada.

Justice Fraser has held several administrative positions in sport including President of the Sports Federation of Canada; President, Commonwealth Games Foundation of Canada; Vice-President, Commonwealth Games Association of Canada;  and Chef de Mission for the Canadian team at the World Championships in Athletics in Helsinki, Finland.  From 1988-1990  he was a member of the Dubin Commission of Inquiry into the use of anabolic steroids and other banned substances in sport.  The recommendations from that Commission provided the impetus for a new drug testing regime for sport in Canada.

Justice Fraser is a Fellow of the Chartered Institute of Arbitrators and a Fellow of the College of Commercial Arbitrators.  In 2020, he was named a co-recipient of the Canadian Bar Association’s President’s Award,  given for significant contribution to the legal profession in Canada.

On December 29, 2021, Justice Fraser was appointed as Officer of the Order of Canada, one of the highest civilian honours in the country.