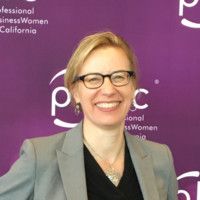 Since 2011, Cameron Myler has been a member of the faculty at New York University's Tisch Institute for Global Sports, where her teaching and research is focused on legal and governance issues in Olympic and international sport. Cameron teaches students in both the undergraduate and graduate programs.

Cameron is an arbitrator and has heard cases both before the American Arbitration Association, as well as the Court of Arbitration for Sport (CAS). In February 2018, she served on the CAS Anti-Doping Division at the Winter Olympic Games in PyeongChang.

Cameron was a member of the U.S. National Luge Team for 14 years, won the National Championships seven times, was named U.S. Female Luge Athlete of the Year nine times, and had the good fortune of representing the United States at four Olympic Games.

In 1994, Cameron was elected by her teammates to carry the American flag at the Opening Ceremonies, which was both humbling and exciting. During her tenure on the National Team, she also won 11 World Cup medals.