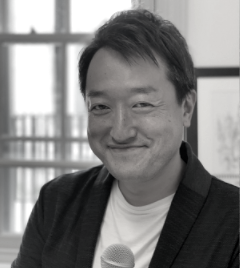 Takuya Yamazaki gained his LLB from Waseda University (Tokyo, Japan) in 1993. He then qualified as an attorney-at- law in Japan and was admitted into the Dai-Ni Tokyo Bar Association in 1997. In 2001 Takuya founded Field-R Law Offices, a specialized sports and entertainment law practice based in Tokyo, where he currently serves as the Founding Partner.

Takuya has received a number of honours and recognition including ‘Best Lawyers International’ (consecutively from 2009 until now as one of the ‘Best Lawyers’ in the fields of ‘Media and Entertainment Law’ and ‘Sports’ in Japan - http: //www.bestlawyers.com/).
Takuya’s book “Sports Law in Japan” was published in 2012 by Kluwer Law International. He has also given many lectures and presentations at major international conferences. His major lectures, presentations, and publications can be found at https://www.field-r.com.