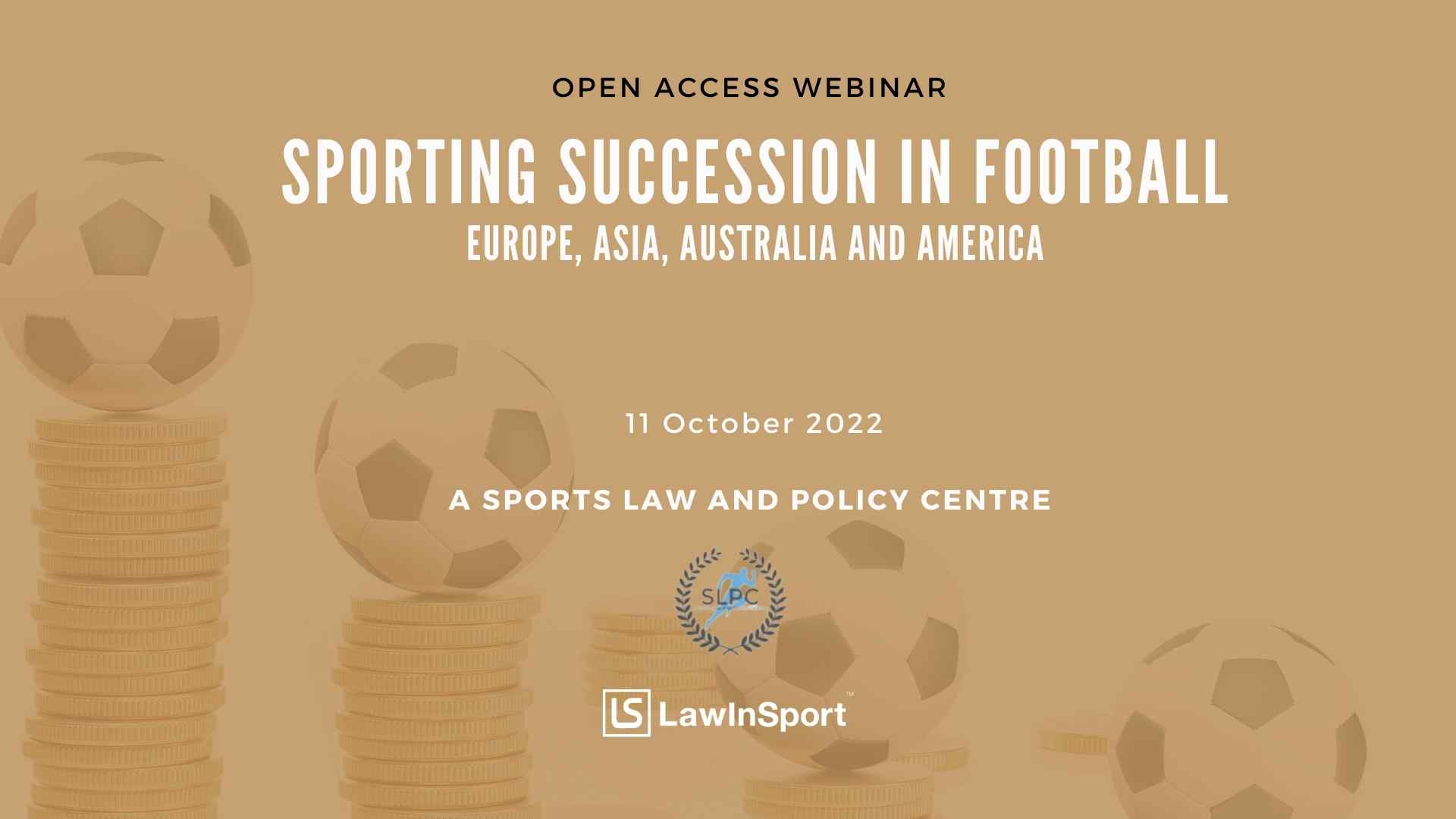 Following the launch of the Sports Law & Policy Centre's book 'Sporting Succession in Football' join us for an open access webinar with some of the authors and editors of the book to discuss the key developments and learnings on this increasingly important topic.

“This book dares to address complicated situations such as the relationship between sporting succession and insolvency law and the procedural matters that may surround the sporting succession cases, which can be many and not always easy to sort out.”

“The present book undertakes – for the first time – an in-depth
analysis of the concept and consequences of sporting succession of football clubs. This impressive book will leave its footprint among practitioners of the football industry, be it investors, club owners, lawyers, agents, players, regulators or arbitrators.”