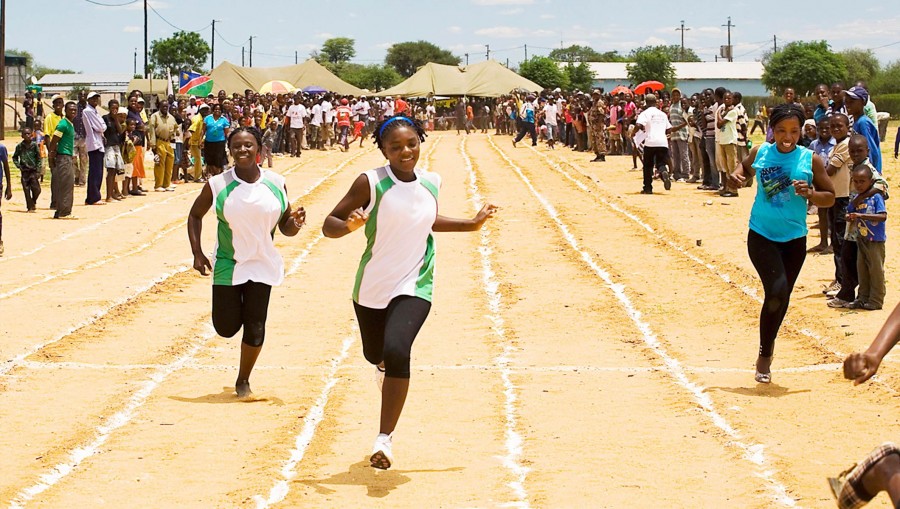 Meeting remotely, the Foundation Board approved the four-year plan for 2021 to 2024, setting the strategy that will allow it to deliver on its ambition to ensure that one million young people affected by displacement have access to safe sport by 2024.

At a time where the impacts of the COVID-19 pandemic are being felt harder by refugees and others uprooted by war, violence and disasters, the role of sport is paramount to create a sense of belonging, but also to improve mental health and psychosocial wellbeing. Developed through consultation with the IOC, UNHCR, young people affected by displacement, experts and partners, the plan builds on the lessons learned over the last three years, and takes into account the current and future implications of COVID-19.

“The positive momentum created by the IOC Refugee Olympic Team at the Olympic Games Rio 2016 encouraged us to go even a step further and create the Olympic Refuge Foundation in 2017,” said IOC President Thomas Bach. “Together with UNHCR, we are addressing not only refugee athletes, but the refugee community at large. Since its launch, the Olympic Refuge Foundation has already reached over 200,000 displaced young people and their host communities, with the aim of reaching one million people by 2024.”

UN High Commissioner for Refugees Filippo Grandi said: “Sport is a powerful tool that helps refugees and displaced people rebuild their lives and belong to the communities that host them. Despite the global pandemic, we have seen how the innovative work of the Olympic Refuge Foundation continues to ensure that refugee and displaced youth thrive through sport. I am pleased to announce, together with President Bach, the Olympic Refuge Foundation’s new ambitious four-year plan, which aims to provide access to safe sport for one million young people affected by displacement by 2024.”

The strategic four-year plan approved today will allow the Olympic Refuge Foundation to continue and expand its activities to effect change in three areas:

The Board also appointed Olympic medallist and IOC Member Paul Tergat from Kenya as a new Board member for a four-year period.

Since its creation in 2017, the Olympic Refuge Foundation has coordinated 11 programmes in seven countries (Democratic Republic of Congo, Jordan, Kenya, Mexico, Rwanda, Turkey and Uganda), with new programmes to be launched shortly in Colombia and France. As a result, 200,000 young people are currently benefiting from sports programmes designed to improve their well-being and social inclusion.

In 2020, the Olympic Refuge Foundation launched a COVID-19 response that enabled flexible funding and reporting for partners, and made USD 500,000 available for context-based, COVID-19-specific solutions in Jordan and Uganda.

The Foundation has also been working for several months, in collaboration with the French Ministry of Sport, Paris 2024, the City of Paris and a number of French and international NGOs, to support refugees through sport in France, with a view to launching an initial activity programme in the Paris region during 2021.

The success of the ongoing projects demonstrates the strength of bringing together multiple partners and building a coalition approach in order to maximise reach, expertise, influence and sustainability beyond the duration of the programme funding.

The Olympic Refuge Foundation currently enjoys the support of a number of partners worldwide, and the momentum is growing. The recent donation from the French Government comes on top of those from the National Olympic Committees of Qatar and Liechtenstein, and from individual pledges from the IOC Membership, plus technical and financial support received from IOC TOP Partner Airbnb, which has been supporting refugees and displaced people for many years through its “Open Homes” programme and active role in the Tent Alliance.

The IOC has been helping refugees through sport since 1994 in partnership with UNHCR. In 2016, the first-ever IOC Refugee Olympic Team competed in Rio de Janeiro, and Olympic Solidarity is currently supporting the 55 refugee athlete scholarship-holders vying to be part of the Refugee Olympic Team Tokyo 2020. The IOC will continue to help the refugee athletes who will not go to Tokyo, and to assist the members of the team after the Olympic Games. The Olympic Refuge Foundation is the next chapter in the IOC’s commitment to providing assistance to refugees, ensuring support 365 days a year across the globe.