Education: how should we train the next generation of sports lawyers? - Panel discussion to take place at Understand the Rules of the Game 2019 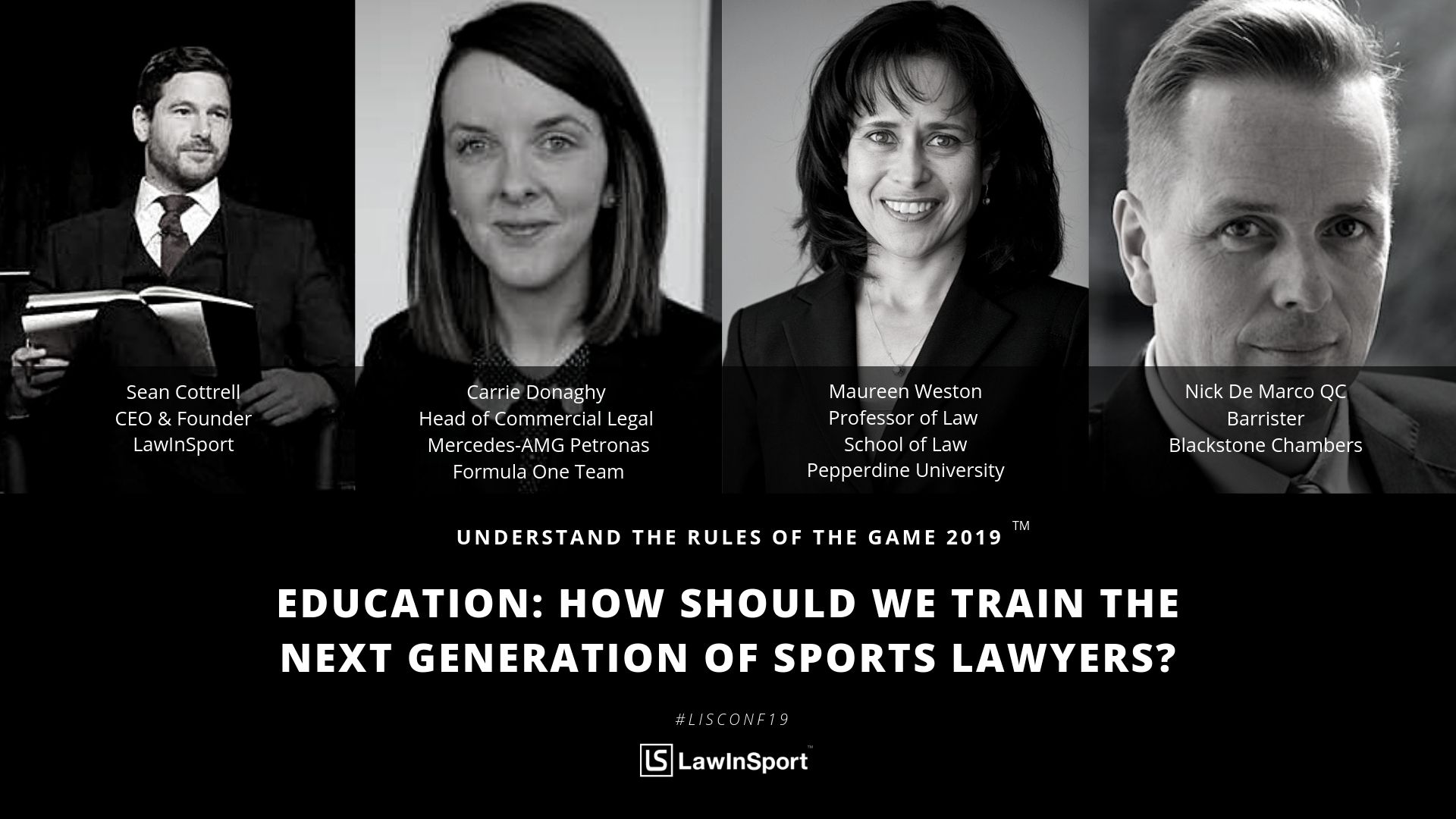 Our Education Panel will discuss how we should train the next generation of sports lawyers. We are delighted to have the following international sports law experts join this discussion panel:

Carrie is the Head of Commercial Legal at Mercedes AMG Petronas Formula One Team. Her role provides legal support to all areas of the business including the commercial operations and the sporting and technical areas. Carrie joined the team in 2013 as a Legal Assistant, started a Training Contract with them in 2014 and qualified in 2015, having been the first ever Trainee Solicitor in a Formula One Team.

Since qualifying in 2015, Carrie is now Head of Commercial Legal at the team and has worked with some of Motorsport’s household names such as Lewis Hamilton, Nico Rosberg and Valtteri Bottas.

Maureen Weston is Professor of Law at Pepperdine University School of Law and Director of the Entertainment, Media & Sports Dispute Resolution Project. She received her J.D. from the University of Colorado, and B.A. in Economics/Political Science at the University of Denver.

Weston has taught law at the University of Oklahoma, University of Colorado, University of Las Vegas Nevada, Hamline, and in Oxford, England. Prior to teaching, Weston practiced law with Holme Roberts & Owen and Faegre & Benson in Colorado. She is actively involved in programs furthering opportunities for students to gain experience in negotiation, mediation and arbitration. Her service membership includes subcommittee chair for the ABA, Law School Division, Arbitration Competition, AALS Sports Law Executive Committee, and former chair of the ABA Dispute Resolution Education Committee and Representation in Mediation Competition. She is a member on the Boards of Directors at the University of Colorado School of Law Alumni Board, the National Sports Law Institute at Marquette School of Law, and Malibu Little League. A frequent speaker at conferences, Weston is co-author of casebooks on sports law and arbitration and has written numerous articles in the area of Olympic and International Sports Arbitration, disability law, sports law, and dispute resolution.