eSports: recent and future changes to the rapidly changing eSports ecosystem - Panel discussion to take place at Understand the Rules of the Game 2019 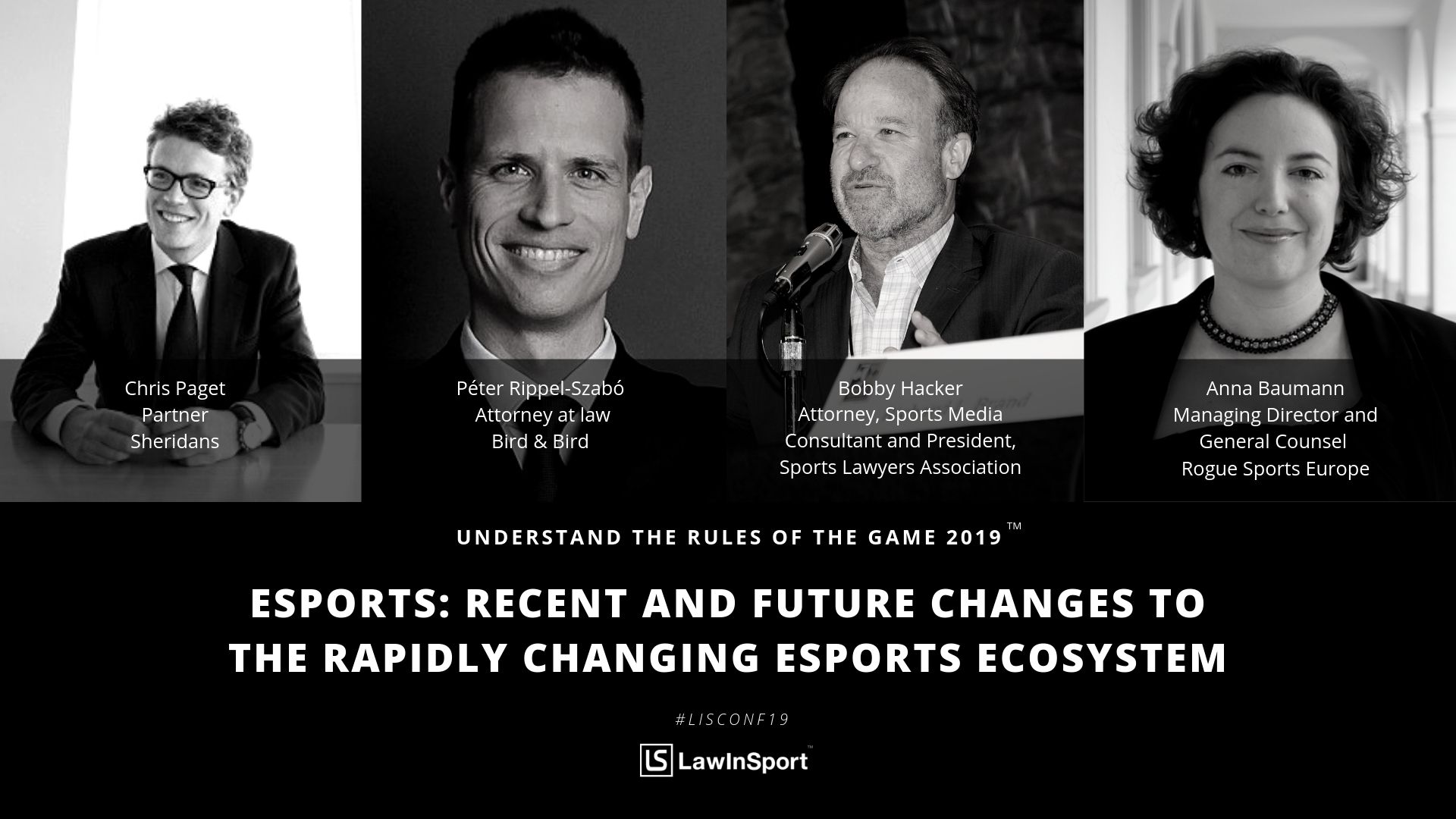 Our eSports panel will discuss the recent and future changes to the rapidly changing eSports ecosystem. We are delighted to have the following international sports law experts join this discussion panel:

For further information on the panels and conference speakers, please see our guide to the 5th Annual Conference Understand The Rules Of The Game 2019 for details.

Chris acts for a broad range of clients within the sport and entertainment sectors and advises clients on a range of commercial, technology and regulatory issues related to the sports, esports, music and general entertainment industries.

Péter is a Hungarian attorney-at-law and associate at Bird & Bird in Budapest, specializing in commercial and sports matters.

He is often invited to speak at conferences on sports law, and is cited on sports law cases in the press. Péter is co-author of the textbook "Sports Law – The Civil Law of Sports" and his articles are regularly published in various journals, newspapers and websites. Péter, as guest lecturer, lectures at various university courses. He also regularly posts notes on the intersections of sport and the law on his bilingual sports law blog. As the national expert for Hungary, he contributed to the "Study on sports organisers’ rights in the EU", and the "Study on assessment and management and prevention of conflicts of interest in the prevention and fight against betting-related match-fixing" for the European Commission upon the invitation of the T.M.C. Asser Institute.

Previously, Robert was the Vice President of Business and Legal Affairs for FOX Sports for 18 years. In his capacity as the VP of FOX Sports, he negotiated, drafted and reviewed agreements for both the network sports business and the national cable channels, FS 1 and FS 2. These included rights agreements, such as the NFL, MLB and NASCAR; above-the-line production deals, such as talent, producer, and director agreements; and all production related contacts, ranging from mobile production facilities to graphics packages to hospitality agreements. In addition, he provided like legal services for foxsports.com and its related companies, as well as working with FOX's Labor Relations group--including participating in bargaining sessions-- and the Labor and Employment group (Robert was responsible for employment classification for much of the FOX Entertainment Group). For three years he also headed the FOX Sports Music department.

Robert has been active in the Sports Lawyers Association (SLA) since 2001, being on the board since 2005 and the President of the organization with his two year term commencing May 2019. He has chaired the SLA's annual conference three times (most recently in 2016), serve on the conference, venue and student writing committees, and have been a member of the SLA executive committee. He has also served on various boards including AYSO Region 7, the Santa Monica Rugby Club (2005 and 2006 Men's D-1 National Champions, as well as a former player and a coach for both the men's and women's teams) and Robert currently serves on the California Rugby Advisory Board, for the Cal Rugby team.

In addition to having been an SLA conference chair and vice-chair, Robert has been a regular panelist and/or moderator at the SLA annual conference. He has also participated as a speaker at the ABA Forum on Sports and Entertainment and TRAC events, at sports conferences/symposia at Berkeley Law and Harvard Law and lectured at many other law schools across the country.

Anna Baumann is an independent legal and esports consultant. Her practice focuses solely on the esports sector, and principally on commercial, contractual and regulatory matters (both contentious ad non-contentious).

As a former university lecturer, she is engaged in education in all matters relating to integrity, regulation and compliance in esports. She regularly gives presentations on these topics and provides in-house training for teams.

Other legal fields she has worked in include intellectual property, competition, commercial and employment. Having represented and advised teams, players and other individual talent in the esports industry, she has comprehensive knowledge of the complexity of different stakeholders’ interests.

recent and future changes to the rapidly changing eSports ecosystem