Lord Dyson was Master of the Rolls for four years until he retired in 2016. He was a Justice of the Supreme Court from April 2010 until October 2012. He was a Lord Justice of the Court of Appeal from 2001 until 2010. He was a Judge of the High Court from 1993 until 2001, and the Judge in charge of the Technology and Construction Court from 1998 until 2001. He was a Recorder from 1986 until 1993. Lord Dyson was called to the Bar in 1968 and was appointed QC in 1982. At the Bar, he had a diversified practice, which included sports law, and acted in many high profile cases. In his judicial career, he decided many cases across the whole range of civil law, including contract, construction and commercial law, general common law, international law, and public law. Lord Dyson is now a full time mediator and arbitrator and accepts appointments for both domestic and international arbitrations. He also accepts appointments as Chairman of Independent Inquiries and Investigations. He is a member of the Court of Arbitration for Sport (CAS), the Sport Resolutions Arbitration Panel, The Football Association’s Judicial Panel and the LCIA. 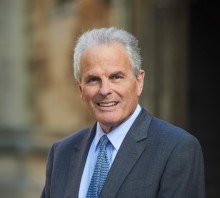