Rhys is a tax manager in the Sports & Entertainment Group, focusing on the tax and wider business affairs of various high-profile sports individuals.

Rhys oversees over 70 professional footballers who between them in the 2018-19 season collected 40 major medals, both domestically and internationally.  He is therefore very well versed in issues such as agents’ fees and image rights, both in explaining the tax implications of various scenarios and dealing with Premier League clubs in relation to his clients’ affairs.

As well as an enviable client fantasy football team, Rhys’ portfolio includes various individual sportspeople; European Tour winning golfers, international rugby players, champion boxers and Olympic gold medallists.  His work in golf includes expert advice for non-UK golfers who participate in UK tournaments and are taxed in the UK not only on their prize money, but also an apportionment of on-course commercial revenues and ranking bonuses.

Rhys writes on subjects such as overseas athletes, agents fees and image rights on his blog at taxingsport.com; breaking those issues down to help educate players, intermediaries and the public alike, as well as addressing various common misconceptions in tax often portrayed by the tabloids. 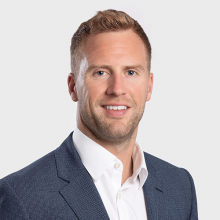