Sir Wyn has extensive experience in sports law as a barrister, judge, mediator and arbitrator. As a QC, Sir Wyn regularly represented the Welsh Rugby Union in a variety of disputes. He was appointed a judicial officer by World Rugby, Six Nations Rugby and European Cup Rugby in which capacity he conducted many disciplinary hearings. He was a judicial officer at the 1999 and 2007 Rugby World Cups. While a High Court Judge, Sir Wyn tried a claim by a football club against its manager and disputes between boxers and their agents/ promoters relating to their contractual arrangements. Sir Wyn re-joined 39 Essex Chambers as a full time arbitrator and mediator. His mediation experience includes being appointed as the independent chairman of a committee constituted by the Welsh Rugby Union and the four regional clubs in Wales to oversee professional rugby in Wales. He is also a member of the Sport Resolutions Arbitration Panel and is appointed on ad hoc sports arbitrations. 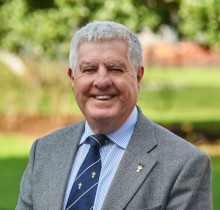