James has an expansive international practice in commercial dispute resolution, regulatory, disciplinary, media, sports and public law serving a diverse clientele of City, corporate, governmental and regulatory clients. His recent sports work includes acting in contractual disputes over the sale of top flight show jumpers; for Saracens RFC in their contractual dispute with former Head Coach Mike Ford; for Gus Poyet when he was sacked as manager of Sunderland; for the majority owner of Everton on various matters connected with the club and his wider connected businesses. He has acted, and is still currently acting, for MCC in various matters from disciplinary hearings to licencing requirements for T20 games at Lords. He is also instructed by a former Republic of Ireland footballer, ten other former Premiership players and three former England cricketers in a professional negligence claim against accountants and IFAs connected with their involvement in tax mitigation schemes. 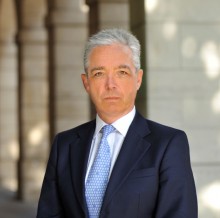