Aidan O’Neill QC is qualified to appear as counsel in England and Wales and in Scotland. He has appeared as senior counsel before, among other tribunals, the UK Supreme Court, the Judicial Committee of the Privy Council, the House of Lords, the Court of Justice of the European Union and the European Court of Human Rights.

He is a leading authority in EU law. His EU for UK Lawyers (Hart Publishing Second edition, 2011) has been described as a “compelling text”, as “a comprehensive and substantial work giving an overall view of the application of European Union law at the national level” and as “an essential reference book for every legal practitioner in the UK”. The Legal 500 (2012 edition) ranks him as a leading silk at the London Bar in EU and competition law observing that “the ‘fantastic’ Aidan O’Neill QC (Scot) is ‘perceptive and thorough, with a good understanding of clients’ needs’ and that ‘the Supreme Court is his natural environment’”.

Aidan also has a significant profile in equality law and employment law issues, as well as a very strong practice in public law and judicial review. The Chambers Guide (2012 edition) ranks him as a leading counsel in administrative and public law both at the London Bar and at the Scottish Bar stating that: “Instructing solicitors single out Aidan O'Neill QC as an ‘incredibly hard worker’” and that “he has a strong interest in the inter-relationship between EU, domestic and human rights laws and enjoys an enviable reputation”. The Chambers Guide (2012 edition) rates him as a leading counsel at the London Bar in civil liberties and human rights stating “Dual qualified, he is a big name in both London and Edinburgh. He is a man who amazes solicitors both with his output and his in-depth knowledge of the ECHR”. The Legal 500 (2011 edition) says of him that that he has an “astonishing breadth of knowledge and a bravery to argue cutting edge points”. And The Legal 500 (2012 edition) in also ranking him as a leading silk at the London Bar in civil liberties and human rights describes him as ‘unrivalled in his depth and breadth of knowledge in the civil liberties field’.”

Finally the Chambers Guide 2012 lists him as a leading counsel in Scotland for employment matters, noting that “although perhaps best known for his stellar human rights work Aidan O'Neill QC has a significant employment law practice. He is a ‘fantastic lawyer’ who is particularly strong when dealing with employment cases that have a human rights element.”

In addition to law degrees from Edinburgh and Sydney universities, Aidan O’Neill holds a Master’s degree in European and International and Comparative law from the European University Institute, Florence. In the academic year 2007-2008 he was the inaugural University Center for Human Values/Law and Public Affairs Fellow in Law and Normative Inquiry at Princeton University. In 2009 he was appointed to be Chairman of the Edinburgh Centre for Constitutional Law and, in the same year, was made an Honorary Fellow in the School of Law, University of Edinburgh.

He has written three legal text books to date:EU for UK Lawyers(Second edition, 2011), an exposition of EU law from a fundamental rights perspective jurisprudence which analyses its impact on a wide variety of UK domestic fields of legal practice including competition law and public procurement, criminal law, immigration and asylum, intellectual property, freedom of information, equality law, employment protection, workplace health and safety, environmental law, consumer law, private international law, taxation, trade law, and agriculture and fisheries;Decisions of the European Court of Justice and their Constitutional Implications(1994), a survey of the manner in which the CJEU created the conditions for a European constitution and has transformed the UK constitution; andJudicial Review in Scotland: A Practitioner’s Guide(1999). He has also contributed chapters to a number of legal books, and is the author of many talks and articles in academic journals, particularly in the field of human rights, constitutional law and EU law. In 2008 taught a semester-long seminar course at Princeton University on the inter-relationship between EU law, human rights law and public international law and issues. In 2009 and 2010 he taught a human rights elective seminar course in the Diploma in Legal Practice at Edinburgh Law School. In 2012 Aidan was awarded the degree of Doctor of Laws (LL.D.) by the University of Edinburgh on the basis of his extensive legal publications over the years.

Aidan accepts instructions under the Bar Council Standard Contractual Terms, details of which can be found here. 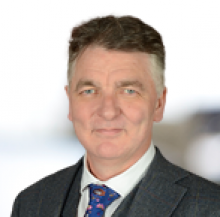