Andrew practises predominantly in the field of employment and discrimination law. He also undertakes work in the fields of sports law and commercial law, including arbitration (see further below).

Andrew was described by Chambers & Partners (2014) as: "A notable junior who is acknowledged as an up-and-comer in the discrimination arena. He is equally comfortable representing both claimant and respondent clients in a range of employment disputes."

Client comments included: "Quick on his feet and very intellectual", and "he is practical, commercial and very responsive."

The 2015 edition of Chambers & Partners records that Andrew is "Praisedfor his encyclopaedic knowledge of case law and the quality of his cross-examinations. He advises on all aspects of employment law with a focus on cases in the Employment Tribunal."

Client comments include: "He is one of our go-to juniors, who performs significantly beyond his level of experience." "Impressive on his feet, he has a lovely manner and is very engaging and persuasive." "Very hands-on, he really feels like a member of the team."

Andrew's work was also recognised in an article published by Legalweek.com, entitled 'First among equals: Stars at the Bar 2012'.  Andrew was Highly Commended in a list of 15 junior barristers (selected from a total of more than 375 recommended junior barristers of 10 years’ call and under, from all circuits across England & Wales).

With regard to appellate work, Andrew has appeared in the EAT in the following cases:

McCarthy v Jaguar Cars Ltd (UKEAT/0320/13/SM)- consideration of the proper approach to reasonable adjustments, in the context of a redundancy scoring process;

SPS Technologies Ltd v Chughtai (UKEAT/0204/12/SM)- the employment tribunal had wrongly substituted its own view of fairness for that of a reasonable employer (and also erred in applying only a 30% reduction to compensation on grounds of contributory fault);

Montracon Ltd v Hardcastle (UKEAT/0307/12/JOJ)- concerning the tribunal's jurisdiction to make differing reductions to the basic and compensatory awards, on account of an employee's contributory fault;

Gill v AWE Plc (UKEATPA/0663/11/LA) - appeal against an interim decision of the EAT Registrar regarding rules of procedure;

Olayemi v Athena Medical Centre (UKEAT/0613 and 0614/10/ZT) - an appeal against the tribunal's refusal to permit a late application to add a claim of whistleblowing to existing claims of unfair dismissal and sex discrimination;

Thomson v London Borough of Haringey (UKEAT/0318/09/LA) - regarding the proper interpretation of step 1 of the statutory disciplinary and dismissal procedure.

Halstead v Paymentshield Group Holdings Limited - acting on behalf of a senior executive in a claim for automatic unfair dismissal (on grounds of whistleblowing);

Jacobs v BGC Brokers LP - acting on behalf of the claimant in an unlawful deductions from wages claim, resulting from non-payment of a guaranteed 'loyalty bonus';

Poole & Others v (1) Rhapsody Ltd & (2) Wellcom Ltd - acting on behalf of the First Respondent in a case concerning the proper scope and application of the law governing TUPE service provision changes;

Prosser v South Central Ambulance Service NHS Trust - acting on behalf of the claimant in a claim of unfair dismissal and disability discrimination, arising out of a failure by the respondent NHS Trust to redeploy the claimant to an internal vacancy;

Andrew is the author of the discrimination law section of Jordan’s Employment Law. He regularly delivers seminars to Instructing Solicitors on a variety of topics; recent examples include: age discrimination and objective justification, service provision changes, High Court bonus claims, restrictive covenants, mutual trust and confidence, and privacy and surveillance in the employment context.  A selection of Andrew's seminar papers may be downloaded from the CV & Downloads tab (above).

Andrew is a member of the Employment Lawyers Association and has produced articles for the ELA Briefing on "Effective Dates of Termination and Reasonable Practicability" and Stigma Damages. Following the decision of the ECtHR in Eweida and others, Andrew co-authored an article for The Lawyer with Cherie Booth QC.

Andrew is one of the authors of Football and the Law (Bloomsbury Publishing); and was invited to speak at a 'Player Contracts Conference' where he presented a seminar on 'Calculating Compensation for Contract Breaches', pursuant to Article 17 of the FIFA Status Regulations (a review of which can be read here).  Andrew's other sports law publications include an article in the Entertainment and Sports Law Journal entitled 'All Bets Are Off: Match Fixing in Sport - Some Recent Developments'.

Andrew is a contributor to the Lawinsport.com wesbite and has written articles on the Hendre Fourie rugby case, sexual orientation discrimination in sport, the Financial Fair Play Regulations and whistleblowing in sport (see part 1 and part 2 of the whistleblowing article here).

Andrew’s civil litigation practice involves him representing and advising clients on a broad range of commercial matters, often with an employment element (for example, partnership disputes).  He was recently led by James Laddie QC in a complex commercial arbitration, concerning a dispute over agency fees / commission.  Andrew also has experience of personal injury litigation, including high value medical negligence claims.

Andrew accepts instructions under the Bar Council Standard Contractual Terms, details of which can be found here. 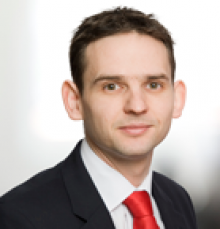