Christopher's practice focuses on competition law, EU law and public law. He also has experience of sports law and commercial and tort law. He has consistently been recommended in the directories, with Chambers & Partners 2015 describing him as“exactly what you want in a junior. He has a really thorough understanding of competition law and is always on top of the detail." Chambers and Partners 2014 said that Christopher is“easy to work with and integrates well into a team”also that he is“approachable and a good thinker.”Chambers and Partners 2013 said that he is“regularly singled out by sources for his ability to work extremely well and cohesively with those instructing him. Sources feel that his competition law expertise has been enhanced by the time he spent as a référendaire at the CAT and turn to him for complicated cases."In EU and competition law, Legal 500 2011 describe him as a"clear, concise, and natural advocate."Chambers and Partners 2012 say that he“brings great powers of analysis to any case he undertakes.”

Before coming to Matrix in 2009, Christopher served as a Referendaire (Legal Secretary) to the UK Competition Appeal Tribunal (CAT), where he assisted the Tribunal panels in the management and resolution of cases. Whilst at the CAT, he gained in-depth experience into the competition law enforcement regime in the UK and handled numerous appeals. He then became the sole competition practitioner at the law firm Farrer & Co LLP, where he advised clients across the firm.

Among other competition law matters, Christopher is acting (with Fergus Randolph QC and Max Schaefer) for a group of well known retailers who are seeking damages and other relief from MasterCard and Visa in respect of multilateral interchange fees; for the European Commission in defence of its Airfreight cartel decision; and for a multiple retailer in defence of a restrictive covenant alleged by a property developer to be anti-competitive. He acted (with Rhodri Thompson QC) for the Cooperative Group in its successful appeal to the CAT against the OFT’s Tobacco products infringement decision, and for Somerfield in its subsequent application (before the CAT and then the Court of Appeal) to extend time for appealing the same decision. Among other matters, he also acted (again with Rhodri Thompson QC) for the applicant in Stagecoach v Competition Commission, in which – for the first time – the CAT found a decision of the CC to be Wednesbury unreasonable; and advised (with Alex Bailin QC) an individual in relation to a criminal cartel investigation conducted by the OFT.  He is currently advising a sector regulator in respect of an ongoing investigation into suspected abuse of dominance.

In terms of EU law, Christopher appeared (withAidan O’Neill QC) in the Supreme Court in McGeogh v Lord President of the Council (compatibility of restrictions on prisoner voting rights with EU law); (withRhodri Thompson QCandNicholas Gibson) in R (Sky Blue Sports & Leisure and Others) v Coventry City Council (State aid challenge to the decision of Coventry City Council to lend £14.4m to Arena Coventry Limited, operator of the “Ricoh Arena”); and (withRhodri Thompson QC) in the Court of Appeal in R (Chandler) v Secretary of State for Children, Schools and Families (challenge on EU public procurement grounds to the procurement of Academies).

Christopher is co-convenor of the LLM course in UK Competition Law at King’s College London. He writes and lectures frequently on all aspects of competition and general EU law and was joint UK rapporteur for the Biennial Congress of the Fédération Internationale de Droit Européen (FIDE) in November 2010, reporting on "The Judicial Application of the EU Competition Rules".

Christopher accepts instructions under the Bar Council Standard Contractual Terms, details of which can be found here. 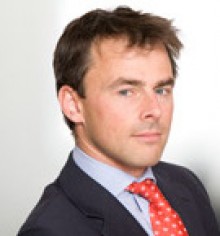