Eddie joined Matrix as a member upon successful completion of his traineeship in 2011. He has a broad practice in all areas of public, media, criminal, commercial and international law.

Eddie has a broad public law and human rights practice. He has acted in a number of high profile Human Rights Act claims and judicial reviews including:

Eddie is a former Lecturer in Administrative Law and European Human Rights Law at Oxford University. He currently teaches on surveillance and fair trial issues on the postgraduate BCL course. Before joining Matrix, he spent several months working as a Stagiaire at the European Court of Human Rights.

Eddie practises in all aspects of media and information law. Legal 500 notes that he is “Recommended for data protection, copyright, contempt of court and Official Secrets Act matters.” Chambers & Partners notes he is “an acknowledged expert on media law” and is “Moving rapidly into the spotlight as an up-and-coming individual in the field due to his work for claimants in the phone hacking litigation, as well as his efforts in High Court libel cases.” He is currently instructed as one of five common costs counsel in the phone hacking litigation and as independent counsel in the NGN Compensation Scheme. He has represented a large number of clients in relation to claims arising out of Operations Weeting and Pinetree (unlawful voicemail interception) and Operation Elveden (payment of corrupt public officials). Eddie also provides regular pre-publication advice to The Guardian, The Observer, The Times, Sunday Times and BBC News.

In addition to his civil work, Eddie has a broad criminal practice with a particular focus on proceeds of crime, white-collar fraud and money laundering offences, and cases with an international or corporate dimension. He has been instructed for the defence in fraud and corruption prosecutions and advised a large investment bank on LIBOR fixing investigations. Eddie is a contributing editor to Human Rights and Criminal Justice (3rd Ed, Sweet & Maxwell); Smith, Bodnar and Owen on Asset Recovery, Criminal Confiscation and Civil Recovery (OUP, 2nd Ed); and Montgomery and Ormerod on Fraud: Criminal Law and Procedure.

Eddie practices in both public and private international law. He is currently instructed by the Republic of Croatia in proceedings before the International Court of Justice under the Genocide Convention and by a Nigerian community in an action in the High Court against Shell Nigeria concerning extensive pollution of the Niger Delta. He has experience of international commercial claims and acts as an ad hoc clerk for the Court of Arbitration for Sport. Eddie also acts as an international trial observer on behalf of the International Bar Association’s Human Rights Institute.

Eddie holds a first class undergraduate law degree from Trinity Hall, Cambridge University. He undertook the Bar Vocational Course at the Inns of Court School of Law where he was graded ‘Outstanding’ and received the Everard Ver Heyden Foundation Prize for finishing in the top 5 in his year. Eddie later read for the Bachelor of Civil Law at Brasenose College, Oxford University, specialising in criminal justice, unjust enrichment and comparative public law. He received Distinctions in all subjects and won the Ralph Chiles CBE Prize for comparative human rights law. Eddie was awarded a Sunley Scholarship, Eastham Scholarship, Hardwicke Award and Buchanan Prize by Lincoln’s Inn.

Eddie accepts instructions under the Bar Council Standard Contractual Terms, details of which can be found here. 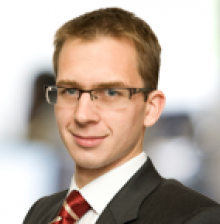