Ignatius Michael “Mickey” Ingles is an associate in the Law Firm of Ingles, Laurel, Calderon where he assists in engagements concerning corporate, tax, and sports law.

Mickey graduated salutatorian from the Ateneo de Manila University Law School (ALS) in 2012 where he was also named the Most Distinguished Graduate.  He ranked No. 1 in the 2012 Philippine Bar Examinations.  He obtained his Master of Law (LL.M.) from the Georgetown Law Center, Washington DC in 2016.

He is a full-time professor in the ALS where he currently teaches Constitutional Law, Emerging Issues in Sports Law, and Artificial Intelligence, Robots, and the Law. He also lectures on Sports Law for Mandatory Continuing Legal Education courses.

Mickey is also a licensed attorney in the State of New York and a member of LawInSport Asia Editorial Board. He will also contribute the chapter on Philippine Sports Law in Wolter Kluwer’s International Encyclopedia of Sports Law.

An accomplished student-athlete, Mickey was the team captain of his university football team that won three straight collegiate championships from 2004 to 2006. He still continues to play football today. 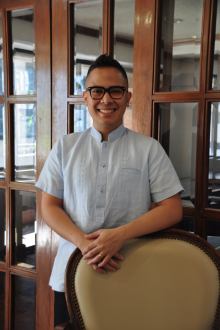