Prior to becoming a Silk before he was 40, he had been ranked in the highest band of juniors in both employment law and police law in Chambers and Partners for several years, being nominated for Employment Junior of the Year in both 2010 and 2011. He has also been highly ranked in employment and in human rights in the Legal 500 for many years.  Directory entries for 2014 include:

"Has successfully managed a recent transition from junior to silk and continues to act in many of the most significant employment disputes.  Renowned as a devastating cross-examiner, he is a consummate advocate.

Expertise: "He is a stellar cross-examiner, who has a phenomenal ability to pick up, recall and exploit every detail in even the largest cases." "He’s refreshingly bright and always seems to come up with a novel way of approaching problems". (Chambers and Partners 2014, Employment)

Expertise: "His cross-examination is very strong.  He is very bright and has a great instinct for how a case will run." "Takes a rigorous and detailed approach."(Chambers and Partners 2014, Police Law)

James represents a range of clients including a range of trade unions, the Equality and Human Rights Commission and blue chip companies both in the United Kingdom and overseas. He is equally at ease acting for claimants and respondents/defendants.

James has very extensive experience in conducting long and complex trials. In recent years he has been involved in some of the most high-profile and challenging employment claims in England. He has a particular interest in confidentiality and privacy, whistleblowing and disability issues and is very familiar with the issues that arise in cases which have a high media interest.

James is also a very experienced appellate practitioner and has had more than 30 reported employment cases in the last decade. These reported cases illustrate the breadth of his practice, covering all forms of discrimination, whistleblowing, human rights, contract, restrictive covenants, TUPE, working time, trade unions, restrictive covenants and more.

Civil Actions Against the Police

James acts for claimants in claims of assault, false imprisonment, malicious prosecution and allied causes of action against the police and other public bodies. He is equally at home in trial and acting on appeals, and is instructed by many of the leading solicitors in the field.

James is in demand as a speaker and broadcaster, and writes widely on topics of interest. He is the author of the chapters on harassment and discrimination in Bullen & Leake & Jacob’sPrecedents of Pleadingsand is a contributing author to the ButterworthsEmployment Law Guide. He is a member of the Industrial Law Society, the Employment Lawyers Association, the Police Action Lawyers Group, the Bar Pro Bono Unit and ELAAS. He speaks excellent French.

James accepts instructions under the Bar Council Standard Contractual Terms, details of which can be found here. 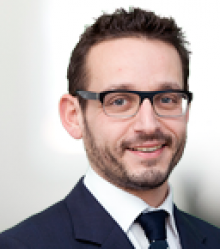