Meghann is a specialist personal injury practitioner, described by the directories as “absolutely brilliant” and “extremely incisive”, where she is particularly recognised for her expert knowledge of and experience in cross-border claims.

Meghann’s diverse personal injury practice focuses on catastrophic injury and fatal EL, PL and RTA cases. She has a wealth of experience of claims involving the MIB, including arbitration proceedings and technical issues on the agreements.

In travel, Meghann is sought-after in high-value, large-scale and group claims, including those under the Package Travel Regulations, the Athens and Montreal Convention. She is regularly instructed as sole counsel against silks and very senior juniors; especially in complex conflicts of law and jurisdictional disputes.

Meghann has been listed in the main legal directories since 2015, with comments noting that she has “superb technical skills” (Chambers UK), that she is “fantastic; very down-to-earth yet incredibly bright” (Legal 500) and that she “approaches each case with endless enthusiasm and energy which gives her the upper hand against her opponent” (Chambers UK)

Before coming to the Bar, Meghann worked as a management consultant for clients in both the public and private sector. This experience enables her to bring a practical understanding of the needs of the commercial sector to her practice.

Prior to joining chambers in 2009, Meghann practised on the Northern Circuit and was instructed by the Treasury Solicitor as junior counsel to the Rosemary Nelson Inquiry based in both London and Belfast.

More recently, in March 2019, Meghann was appointed as a Deputy District Judge on the South Eastern Circuit. She is also a member of the PIBA Executive Committee. 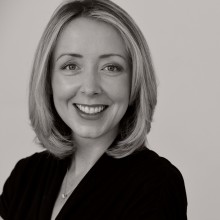