Pablo is an international sports lawyer located in Santiago, Chile, with experience as an in-house lawyer in a Chilean professional football club, and in negotiating contracts regarding image rights with agents, athletes, and litigation before CONMEBOL and the Chilean Football Federation tribunal. Furthermore, hespent time with one of the most important sports agencies in Chile.

Pablo co-founded a legal firm specialized in Sports Law, where he worked on matters of player’s transfers system, women's football, negotiation of image rights, and anti-doping. He also provided legal advice to clubs, agents, Olympic athletes, and footballers. He has a diploma in Sports Management from the FIFA / CIES programme. He has also been a doping control officer assistant.

Outside Sports Law, he worked in an insurance company, and developed his skills investigating complaints at Universidad Adolfo Ibáñez. After some years, he has been working on legal practice, particularly in Civil and Commercial Law, both with clients related and non-related to the world of sport. He has also been a columnist, has written sports related articles and has had his own radio show.

Pablo played for 10 years in Universidad Católica’s academy, captaining his side, and achieving three time the National Championship He also got to train with the Católica first team, before pursuing to law.

Pablo speaks Spanish and English, with proficiency in Portuguese. 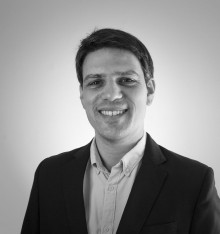