Paolo began his career in the football industry when he joined the FIFA Players’ Status Department in 2002, becoming Deputy Head in 2006.  He was involved in many important cases, which impacted significantly on the existing jurisprudence on contractual stability (Mexes, Mutu, Matuzalem among others) and, as of 2005, was in charge of all agent-related matters.  In addition to handling FIFA Players’ Status Committee and Dispute Resolution Chamber proceedings, Paolo represented FIFA at the Court of Arbitration for Sport (CAS) in a number of cases.

At FIFA, Paolo was involved in the working groups for the drafting and re-drafting of various FIFA regulations, including the Statutes, the Regulations on the Status and Transfer of Players, the Players’ Agents Regulations, the Disciplinary Code and the Code of Ethics. In addition, Paolo conducted discussions with WADA during the creation of the FIFA Anti-Doping Regulations. In 2007 he was appointed Head of FIFA Disciplinary and Governance, where he oversaw all disciplinary and governance matters both in-house and at various FIFA tournaments such as the Beijing Olympics in 2008 and the 2010 FIFA World Cup in South Africa.

After leaving FIFA, following the 2010 FIFA World Cup, Paolo founded Lombardi Associates. His work includes regularly advising over one third of clubs in the Italian Serie A, as well as providing advice to Lega Serie A and a number of clubs in Scotland and England, and across Europe. Paolo advises clients on transfers, dispute resolution, breach of contract, training compensation and solidarity mechanism, registration of minors, eligibility and more. With the increasing impact of UEFA’s FFP, he has also assisted clubs with both UEFA and national licensing issues, including before CAS. Paolo’s activities for clients include consulting and providing expert opinions on aspects of national and international regulations and regulatory interpretation for investors, as well as appearing an Expert Witness in court proceedings.

He also lectures on an ad hoc basis for a range of Universities, Masters programmes (he is an Honorary Professor of the International Sports Law ISDE Masters) and conferences. Lombardi Associates also stages the very successful Edinburgh Sports Conference, most recently held in 2019 with high profile speakers including Neymar Senior and Fabio Capello.

Paolo is ranked as a Global Leader in the field of Sports and Entertainment, with the directory recognising his standing as a “top expert in all RSTP-related matters”. 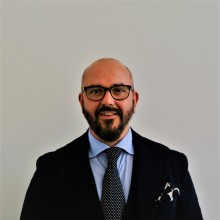