Rachel specialises in public, international and sports law. Her public law practice encompasses all areas, but has a particular focus on asylum and immigration, prison, equality and discrimination, education and community care law.

Before joining the Bar, Rachel worked as a consultant to UNFPA’s Humanitarian Response Unit in both New York and Liberia, advising on programming to combat sexual and gender violence and HIV/AIDS, and as an associate at a UN-ECOSOC consultative think-tank advising on international justice and Security Council concerns. She came to legal practice via a position as a researcher in the Public Law Department of the University of Cape Town.

During her traineeship at Matrix, Rachel was supervised by Nicholas Armstrong, Raza Husain QC, Jessica Simor and David Wolfe. She worked on notable cases dealing with non-refoulement, exclusion from refugee protection, international humanitarian law, control orders, the investigative obligations under the Human Rights Act and disability care charges, as well as gaining significant experience in complex cases across the areas in which she is now developing her own practice. She was also seconded to work directly for Zachary Douglas on Georgia v Russia (currently before the International Court of Justice), and later to assist again with an international arbitration for the government of the Czech Republic.

Rachel completed an undergraduate degree in history & politics at the University of Oxford. She was awarded a Fulbright scholarship to undertake an MA in international relations at Columbia University where she specialised in humanitarian affairs and international justice, and completed the French for research proficiency programme. She achieved a distinction in her GDL at the College of Law, and was made a Princess Royal scholar of the Inner Temple.

Rachel has published widely on both legal and humanitarian issues, and is a contributing editor to the Civil Court Service manual.

Rachel accepts instructions under the Bar Council Standard Contractual Terms, details of which can be found here. 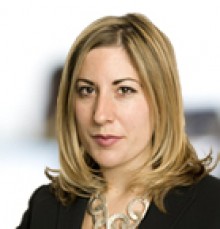