Sylvia A. Krainin is a partner with the Miami office of Quintairos, Prieto, Wood & Boyer, P.A.  Ms. Krainin focuses her practice on representing employers and their carriers, professional sports franchises and leagues in workers’ compensation and labor and employment matters.  This representation includes counseling and defending management in workers’ compensation claims, grievances and arbitration proceedings pursuant to contract and collective bargaining agreements.   In these areas, Ms. Krainin has advised and served as counsel to the National Football League Management Council (NFLMC) in non-injury grievance proceedings under the NFL Collective Bargaining Agreement and in various state court proceedings.  Specifically, she has handled more than 50 appeals and has presented oral argument before the Florida Supreme Court, the First District Court of Appeal and the NFLMC-NFLPA (NFL Players Association) National Appellate Arbitrator.  In addition, her practice also includes commercial litigation, entertainment and sports law, as well as insurance and general liability defense.

Ms. Krainin is recognized in Florida Super Lawyers® by Law & Politics magazine and has attained the highest Peer Review Rating℠ of AV® Preeminent ™by Martindale Hubbell.

Before joining QPWB, Ms. Krainin was a partner with a labor & employment law firm in Miami; and previously, with another Miami law firm as head of the Workers’ Compensation Defense Practice Group.

Ms. Krainin received her Juris Doctor from the University of Miami School of Law in 1988 and Bachelor of Arts, with honors, from Skidmore College in 1984.

Ms. Krainin is licensed to practice law in Florida and is admitted in the U.S. District Court for the Southern District of Florida.  She is a member of the Florida Bar Workers’ Compensation Law and Entertainment, Arts and Sports Law (EASL) sections.  She is also a member of the Dade County and American Bar Associations and the Sports Lawyers Association. 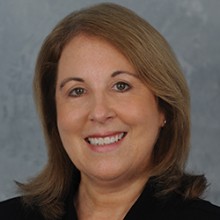