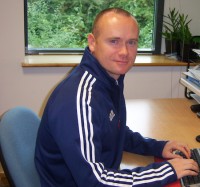 David has been managing the anti-doping programme at UKA since 2002. UKA has one of the best-supported and most proactive anti-doping departments amongst governing bodies in the UKA, and amongst the IAAF Federations. In his role as Anti-Doping Manager David has had direct involvement in a number of high-profile cases, has overseen the organisation of the Doping Control of World and European Championships in athletics in the UK and has been involved in the development of a comprehensive domestic anti-doping education strategy for athletics.

David has an on-going interest in languages, gaining a BA Hons. Degree in French Studies from the University of Portsmouth and is also studying German to a functional level.