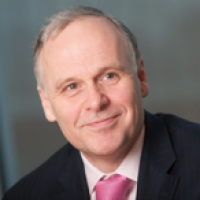 Kevin received the Financial Times Innovative Lawyer of the Year 2010 award for his work with FC United in developing the means by which £2M has been raised from supporters to fund the club’s new stadium development.

He believes strongly in the importance of football clubs in their communities and was the author of the legal model which has been used to establish over 180 supporters trusts in the UK. He gave evidence to the Parliamentary Mutuals Group in its review of the implementation of the recommendations of the Select Committee on Football Governance and has been a regular contributor to the debate on the means by which legitimate supporter interests can be reflected in the governance of football.

He has a background in employment law and has wide experience in the way businesses are structured and managed, with a particular focus on membership organisations. He has advised executives, boards and shareholders of a broad spectrum of sports bodies, from professional football and cricket clubs to local amateur sports clubs.

Should fans play a greater role in the ownership of English & Welsh football clubs?