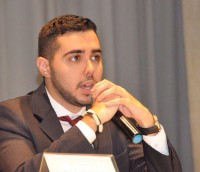 Rafael has a Law degree from the Universidade Federal do Rio de Janeiro (UFRJ/2013), one of the most prestigious universities in Brazil in the field of sports law, being a member of its Study Group in Sports Law since 2010. He also has a Master’s degree in Sports Law from the Pontifícia Universidade Católica de São Paulo (PUC-SP/2016) and is the General Coordinator of CBF’s National Dispute Resolution Chamber (CNRD) since 2016. In 2017, he published his book “Direito Desportivo: uma disciplina autônoma” ("Sports Law: an autonomous discipline").