Dev is an internationally experienced sports lawyer and academic, with previous experience as a football intermediary.  He has been instructed on contentious matters before FIFA and TAS / CAS including disputes over training compensation, through to complaints against federations. He has advised elite players and coaches, as well as having been the chief advisor to a UEFA participating football club, advising on all matters in relation to the management of the club including transfer strategy and technical direction.  Dev is also an active member of Association Internationale des Avocats du Football (AIAF).

Dev's experience extends to consultations surrounding allegations of match-fixing, anti-doping matters and e-Sports.  In addition, having represented both players and clubs as a registered intermediary in the past, he has been instructed to conclude transactions as far afield as in the Chinese Super League and the Indian Super League, as well as in England and Italy amongst others.

Furthermore, Dev is a published writer on sports law, and is the current academic director of the Global Executive Masters in International Sports Law at the world-renowned Instituto Superior de Derecho y Economía (ISDE) in Madrid.  He is also a senior lecturer on the Masters in Sports Law in Madrid as well as the Masters in Sports Law and Management, based in Barcelona.  Dev has appeared as a guest lecturer at dozens of institutions across the UK and Europe, and is regularly invited to speak at conferences, having also appeared in Africa, Asia and South America.  Dev is also a professional mentor and nationally recognised for his development of individuals within professions, both within and outside of the legal industry.​ 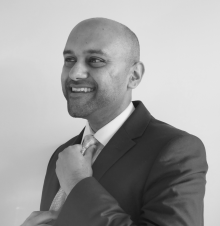