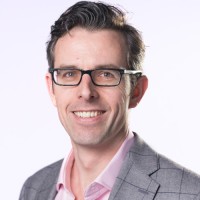 Alex is General Counsel at the Arena Racing Company ("ARC"). ARC is the largest racecourse operator in the UK, both owning and representing the media rights of a significant number of racecourses and greyhound tracks. ARC also has partnerships with The Racing Partnership, At The Races and Sky Sports Racing that cover all aspects of licensing, production and distribution of media and betting coverage from racing on the various racecourses. Alex covers all areas of the business but his primary focus is media and data rights licensing and distribution.

In addition, he is an Independent Non-Executive Director of the British Judo Association.

Prior to ARC, he was Head of Legal at Eleven Sports and before that also Head of Legal at BT Sport, having joined just before the launch of the channels. Outside interests include cycling. Alex lives with his wife and three daughters in Suffolk.

A current view of the sports media rights market from Head of Legal, Sport at BT

Current trends in the acquisition of sports rights: multi-territory bidding and new technology