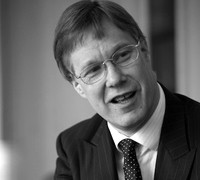 Harry Trusted is a first class trial advocate and negotiator, dealing with clinical negligence and personal injury claims. He is regularly instructed on behalf of claimants and defendants by specialist solicitors in high value claims.

He was counsel for the successful claimant in Downing v Peterborough NHS Trust [2014] EWHC 4216 which established the benefits of making a successful claimant’s Part 36 offer. He also appeared in Stucken v East Kent Hospitals Trust [2016] EWHC 1047 which was concerned with allegations of clinical negligence arising from ophthalmic surgery.

In 2017 and 2018, he settled claims with an aggregate value in excess of £150 million. Harry frequently leads and is led by others – see for example Rupasinghe v West Hertfordshire NHS Trust [2016] EWHC 2848.

For many years, Harry has been a top-rated barrister in the Legal 500 and Chambers UK; please see the Testimonials section.

Harry is a founder editor of Facts and Figures which has been published annually since 1996 and is the standard book used by advocates and judges dealing with substantial injury claims. He has also contributed to the forthcoming new edition of “Cross Border Claims” by Sarah Crowther QC.

Other publications, including numerous articles. In December 2018, the Journal of Personal Injury Law will publish Harry’s account of the first successful Lariam claim brought against the Ministry of Defence which settled at the end of 2017. Harry has also given Webinar broadcasts in association with providers MBL (Management, Business, Law). These deal with a wide variety of topics including brain injury, perinatal birth claims and calculation of losses arising from catastrophic injury.