Ken Macdonald returned to Matrix in 2008, after five years as Director of Public Prosecutions (DPP), the first leading defence lawyer to have been appointed to that post. Widely praised by commentators for combining outstanding success in prosecuting serious crime with an outspoken attachment to due process, fair trials and defendants' rights, he was described in an editorial inThe Timeson the day he stepped down as 'an exemplary figure' who had transformed his office into a 'respected public role'.

As DPP, Ken Macdonald established the Organised Crime Division, the Counter Terrorism Division, the Special Crime Division and the Fraud Prosecution Service. These quickly became world leaders with conviction rates of up to 95%. He played a major role across Whitehall in the development of criminal justice policy, especially in relation to international treaties and jurisdiction, mutual legal assistance, extradition, fraud reform, terrorism and grave cross border crime. He conducted highly sensitive discussions and negotiations in many countries, including with senior ministers and with heads of government.

Prior to his appointment as DPP, Ken Macdonald was regarded as one of the country's top defence lawyers. Chambers and Partners directory repeatedly listed him as a starred silk in criminal law and fraud and described him as 'possessing terrific gravitas', and as being 'premier league' and 'completely fantastic'.

He has brought back to private practice special expertise borne of five years as the UK's most senior prosecutor and the former head of its primary prosecuting authority. In particular he has unrivalled insight into sensitive issues of criminal risk and associated prosecutorial responses. He is very familiar with the workings of prosecution agencies and governments around the world and he is uniquely placed to advise on robust responses to allegations of crime, however and wherever they occur.

Particularly well known for his ability to confront complex issues of detail with concision and clarity, he specialises in business and corporate crime and associated extraditions, financial regulatory work, market offences, export control violations, terrorism, and human rights law. His clients have included overseas governments, banks and financial institutions, international media organisations, prominent British and foreign corporations in all major sectors, and many private individuals at home and abroad.

He is a member of the East Caribbean Bar and appears frequently in that jurisdiction, and is regularly admitted to the Hong Kong Bar to conduct cases there.

In the 2008 inaugural Times Law 100, he was listed fourth most influential lawyer in the United Kingdom, directly behind the Senior Law Lord, the Secretary of State for Justice and the Lord Chief Justice, and he invariably appears in theLaw 100and on other lists of the country's most highly regarded lawyers.

He writes regularly forThe TimesandThe Guardianon law, security and politics and he frequently appears on radio and television. He has a special interest in emerging criminal liabilities.

Between 2009-2012, he was a trustee of Index on Censorship, the leading free speech advocacy group.

He was a Visiting Professor of Law at the London School of Economics from 2009-2012, and he is currently a member of the Advisory Board of the Centre for Criminology at the University of Oxford. He has been a member of the Oxford University Law Faculty since 2012, and he lectures widely in UK and abroad, delivering the Annual F.A. Mann lecture, chaired by the Lord Chief Justice, in London in November 2013.

At the invitation of the Theresa May, the Home Secretary, he is oversaw a government review of counter terrorism legislation, which reported in January 2011.

In October 2010, as part of Turkey's accession negotiations, and on the recommendation of the Council of Europe, the European Commission appointed Ken Macdonald to lead an EU mission to that country to assess Turkey's commitment to free expression and a free press. His Report was published in January 2011.

In January 2011, he became Chair of Reprieve, in succession to the late Lord Bingham of Cornhill.

In April 2011, he became a member of the Council of the Institute of Contemporary Arts.

In November 2011, he was elected an Honorary Fellow of St Edmund Hall, Oxford.

He is Warden of Wadham College Oxford and continues to practise from Matrix Chambers.

A founder member of Matrix Chambers, Ken Macdonald was appointed a Recorder of the Crown Court in 2001, and a Deputy High Court Judge in 2010. He was elected Chairman of the Criminal Bar Association of England and Wales in 2003, and became a Bencher of the Inner Temple in 2004. He was Director of Public Prosecutions, 2003-2008, and has been a member of the House of Lords since July 2010.

Lord Macdonald QC accepts instructions under the Bar Council Standard Contractual Terms, details of which can be found here. 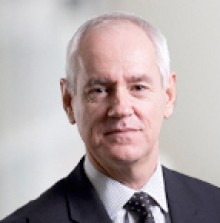