OPERACIÓN PUERTO: A long and winding road in the fight against doping 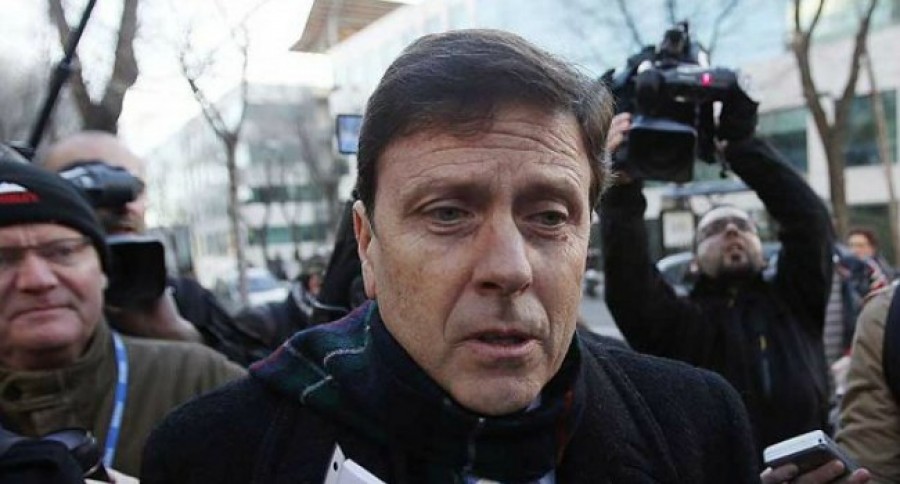 Much like the Vuelta a España, the Spanish Police operation against the sport doping network of Doctor Eufemiano Fuentes, Operación Vuelta,1 has followed a long meandering road with peaks and valleys through difficult terrain. Initiated in 2006, the investigation led to a scandal involving several of the world's most successful cyclists resulting in the suspension of athletes, the revocation of sponsorship of Europe’s largest cycling teams by major corporations and the resignation of cycling executives.

The Trial and Appeal: Conviction and Acquittal

Doctor Fuentes and Labarta, the former director of the Comunitat Valenciana cycling team, were charged with offenses “against public health” further to the Spanish criminal code. Fuentes and Labarta were accused of organizing a system of blood transfusions where athletes would have their blood, at the time of high red cell counts, stored and later reinjected at the time of a competition in order to enhance performance. The successful prosecution under these provisions required that the accused commercially deal in “substances” or “chemical products” that “endanger one’s health”. The heart of the legal dispute centered on whether the transfusion of an athlete’s own blood technically qualified as such a “substance” or “chemical product” as defined by the criminal code. The wording “substance” and “chemical product” is a literal translation from Spanish to English, however it could be argued that the intention of the statute was to criminalize the sale of certain drugs and medicine.

The Court of first instance, in April of 2013, seven years after the start of Operación Vuelta, found Fuentes and Labarta guilty. Fuentes received a sentence of one year imprisonment and was prohibited for four years from practicing as a sports doctor. Labarta was sentenced to four months in jail and suspended for four months as a coach. The Provincial Criminal Court of Madrid, on June 14th 2016, subsequently overturned the lower Court’s decision and acquitted both men. The Provincial Appeal Court based its decision on the basis that a patient’s own blood used in a transfusion does not qualify as a “substance” or “chemical product” endangering one’s health as defined by the statutes. In attempting to convict both men under these provisions the Spanish authorities sought to apply an expansive definition of “substance” or “chemical product” under a statute that was initially intended to target narco-traffickers or persons dealing in non-authorized or prohibited medicine.

Article 25.1 of the Spanish Constitution enshrines the fundamental principle that no one can be convicted of an act or omission that did not constitute a criminal offense under the law in force at the time that the act or omission was committed. In the Court's opinion the definitions of “substance” and “chemical product” as used in the criminal code was overly broad and vague. In this sense the Court looked to Spanish administrative regulations to inject meaning into the terms and concluded that the convictions of Fuentes and Labarta would violate their fundamental rights as protected by the Spanish law.

It must be noted that the first instance Court explicitly found that a patient’s own blood used in a transfusion satisfies the definitions of “substance” and “chemical product”. The Appeal Court specifically addressed this finding and explained that the initial decision violates the principle of legal certainty. Analogous to its reasoning in applying article 25.1 of the Spanish Constitution, the Appeal Court pointed out that the definitions are extremely ambiguous that leaves a vacuum of uncertainty. Finally the Court pointed out that this uncertainty can be cured with the reference to specific administrative regulations applying a precise legal definition.

The Fuentes and Labarta cases are prime examples of prosecutors being ill equipped with appropriately specific laws to criminalize the behaviour that is sought to be prohibited. The legal difficulties faced by the prosecution had a direct effect on the effective and efficient conduct of the criminal proceedings.

Charges were first brought against Fuentes and Labarta ten months after the initiation of Operación Puerto. Fuentes and Labarta were acquitted of those charges where it was found that there was no violation of the public health provisions contained in the Criminal Code and the charges were abandoned. Days after new provisions were enacted and entered into force where the prosecutors filed an appeal against the abandonment. The case against Fuentes and Labarta was reopened in 2008 however those charges were also dropped for the same reason. The same criminal allegations were reopened in 2009 for a third time that included 6 individuals in total. After 25 hearings Fuentes and Labarta were finally convicted in 2013 before being acquitted in June of 2016. The ambiguity and imprecise nature of the criminal provisions, along with the insistence to apply such vague provisions, protracted this dispute and stretched criminal proceeding for almost ten years.

The public health provisions of the Spanish criminal code have since been amended. In February of 2007 the “facilitation” of “substances aimed to enhance athletes’ performance increasing their capabilities putting in danger their own health” was criminalized. Changes effected in March of 2015 increased protections for amateur athletes where it became illegal “to prescribe, provide, dispense, supply, administer or facilitate non-competitive sportspeople, non-federated athletes, substances or prohibited pharmacological groups, without therapeutic justification, and non-regulatory methods for increasing their physical capabilities or to modify the results of the competitions, tamper documents, manufacture substances” imposing a period of incarceration ranging from a minimum of six months to a maximum of six years.

As Spanish law has been clarified since the beginning of Operación Puerto it is possible that Fuentes and Labarta would have been convicted had these versions of the statutes been applicable at the time, provided a patient’s blood would have been considered to be a “substance” in the generic sense. In any event Spain has suffered growing pains and the legislature has reacted positively in attempting promote the protection of athletes’ health.

Consequences for WADA and Sporting Federations

In addition to the criminality issue the courts had to deal with the question as to what would be done with the bags of blood that were seized during Operación Puerto. The first instance Court rejected the Spanish anti-doping agency’s request to hand over the 211 bags with samples of blood plasma and red cell concentrate and ordered that the evidence be destroyed. That decision was appealed by the Spanish anti-doping agency,the Union Cycliste Internationale (UCI), the Italian National Olympic Committee (CONI), the World Anti-Doping Agency (WADA) and by the prosecution.

On appeal the Provincial Criminal Court of Madrid ruled that the confiscated evidence be delivered to the Royal Spanish Cycling Federation (RFEC), WADA, the UCI and CONI. The Court declared that the purpose of the order is to direct “(a)ttention to the aim pursued to fight against doping, which undermines the essential ethical value of sport, which is fair play to prevent competition on equal terms.” The Court also cited the importance of a deterring effect where there is a “danger that other athletes may be tempted to take drugs and a negative social message is issued to the effect that the end justifies any means.”

Since this decision both UCI president Brian Cookson and WADA Director General David Homan have publicly vowed to work with the Spanish anti-doping agency and explore whatever legal options the various organizations have at their disposable. Article 17 of the WADA Code requires that an anti-doping rule violation proceeding must be commenced “within ten years from the date the violation is asserted to have occurred.” As a result WADA and their partners face a significant legal hurdle in attempting to open new proceedings with the use of this evidence. The federations, however, are not without creative options. Article 17 of the WADA code allows for anti-doping proceedings to commence beyond the ten year limitation period where the relevant organization has “reasonably attempted” to notify the athlete within the prescription period. For this argument to be successful article 17 would have to be interpreted in a manner that the “reasonable attempt” to notify the athletes includes the period dating back to 2006 effectively suspending the limitation period, which may be difficult.

Another option would be for the associations and federations to argue that the 10 year limit is inapplicable due to force majeure. The Court of Arbitration for Sport (CAS) has explained that force majeure is an event which leads to non-performance “due to causes which are outside the control of the parties and which could not be avoided by exercise of due care” where “the unforeseen event must also have been unavoidable in the sense that the party seeking to be excused from performing could not have prevented it.” Finally CAS has specified that “force majeure is not intended to excuse any possible negligence or lack of diligence from a party, and is not applicable in cases where a party does not take reasonable steps or specific precautions to prevent or limit the effects of the external interference.” This is another significant legal hurdle that WADA must overcome should it instigate legal proceedings which will likely be opposed before the CAS. WADA and the other organizations would have to successfully argue that the delay of the proceedings was outside of their control and that they were diligent in the pursuit of the evidence as they were active parties to the proceedings attempting to recover the evidence.

Ultimately both decisions are final and cannot be appealed. In addition to the question as to what WADA and the other organizations will do with the evidence from a disciplinary perspective it is unclear if WADA has the legal authority to release the names of the athletes linked to Operation Puerto without a proceeding or applicable sanction. If the participants are revealed the fallout within the sporting world may extend beyond the cycling world.