- In 2020, serving as arbitrator in high-stakes arbitration between a professional football club and the German Football Association (DFB) over the continuation of the league during the Covid-19 pandemic.

- Member of the Sport Resolutions' Panel of Arbitrators and Mediators.

- Counsel for national and international athletes, coaches and agents 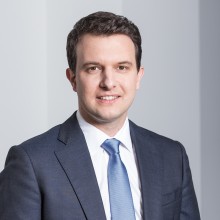