Recognised as the inaugural Legal 500 Clinical Negligence and PI Silk of the Year in 2013, Ben enjoys a reputation for being a “class act” who can “see the bigger picture and rip an expert witness to pieces if he sees any flaws in their evidence” (Chambers UK). He is also described as an “excellent cross examiner” (Legal 500).

In personal injury, Ben is “first rate”. He provides “timely, thorough and well prepared advice,”. Recently, he acted for the defendants in Collier v. Norton, a personal injury case in which the highest individual settlement to date (£15m) was awarded. He is considered to be “very persuasive in negotiations” (Chambers UK). His practice has developed a significant international flavour in recent years, and he is ranked in Travel by Chambers UK, where he is described as “very impressive”.

He is described as “incisive and thorough”, “excellent with clients” and a “persuasive and strong” advocate.

A noted fierce competitor who produces exuberant displays in court, Ben’s contribution to 2TG’s reputation is furthered by significant cases in farming-related litigation, insurance and reinsurance, and professional regulation. 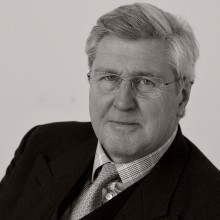