Ben practises across the full range of chambers’ core areas with a particular emphasis on private international law, travel and jurisdiction, commercial and employment litigation.

Ben is experienced in the PD6B rules of jurisdiction and forum conveniens, the Lugano Convention, and in both contractual and non-contractual choice of law. He has a particular interest in the nature, and location of financial damage. He assisted Marie Louise Kinsler QC (the National Rapporteur) in writing the UK’s report for the European Commission reviewing the operation of Rome II.

Ben’s commercial practice is diverse. Recent work includes acting with Nikki Singla QC in relation to various mandatory injunctions in a £17 million run off dispute following the termination of membership to a consortium. Ben also acts and advises as sole counsel in commercial matters. Highlights include acting for the defendant in Gallagher v Hallows Associates (HHJ Jarman QC, 2020) in its successful challenge to jurisdiction in a professional negligence case, and advising an insurer in relation to state and diplomatic immunity.

Ben has a busy employment practice representing employees and employers across a range of employment litigation including unfair dismissal, discrimination and whistleblowing claims. He has recently successfully defended discrimination claims at final hearings, advised on the operation of the unambiguous impropriety exception to without prejudice privilege and represented an employer arguing against a purposive interpretation of section 44 ERA 1996. He also has experience of commercial employment disputes and in particular obtaining injunctive relief.

Prior to coming to chambers Ben studied Law at Jesus College, Cambridge where he graduated with a first. In particular, he achieved firsts in Private International Law/ Conflict of Laws and Employment Law. 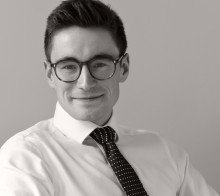