Hugh Southey has led at all levels up to and including the Supreme Court as well as in the European Court of Justice and the European Court of Human Rights. In particular in the last two years he has led in 9 hearings before the Supreme Court. These hearings have covered topics as diverse and important as EU citizenship, the system of disclosure of criminal convictions and the extent of the common law right to a fair hearing.

Legal 500 states that Hugh is “A brilliant silk with exceptional attention to detail”.

Chambers and Partners Directory states that Hugh has “an absolute command of the principles of public law, and is able to approach both cases and clients' situations in a way that solutions are found readily”. It also states Hugh “is a fantastic public law barrister, who is really committed to the causes he is instructed to fight on. He drafts beautifully, is extremely thorough, and takes a very collaborative approach with solicitors - he is a general delight work with”.

Hugh is an author of Judicial Review: A Practical Guide (Jordans) as well as founding editor of the United Kingdom Human Rights Reports.

Hugh accepts instructions under the Bar Council Standard Contractual Terms, details of which can be found here. 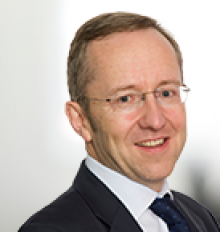