James is a partner and joint head of the Football Group at international law firm Penningtons Manches Cooper.

James has worked in the sports legal sector for more than 10 years and regularly advises agents, players and clubs with a particular focus on football. He is frequently asked to advise on disputes involving football players and agents and also advises on intermediary agreements, player transfers and loan agreements.

James also advises in respect of disciplinary issues at a Club and FA level and has significant experience of FA Rule K Arbitration, the FIFA DRC and deals with both claims and appeals in the Court of Arbitration for Sport.

James has also acted for football associations and advises agents and players on the regulatory requirements of the English FA.

James has extensive experience in the offshore and energy sectors and regularly acts for shipowners and their insurers in disputes arising from the operation of vessels in and around wind farms and other offshore installations. He advises on the contracts frequently used in the offshore/energy markets with a particular focus on BIMCO contracts about which he gives regular presentations. James also advises on salvage and wreck removal.

A member of the British Association for Sport and Law and recognised by Legal 500 in both shipping and sports law, James’ sports practice focuses on football. He advises players, clubs and intermediaries on transfers, image rights, contract negotiations and disciplinary issues at a club and Football Association (FA) level. He also has significant experience of FIFA and CAS claims and advises on the regulatory requirements of the English FA. 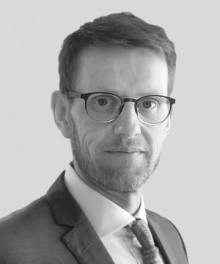