Kairon Serrette is a bi-lingual, sport industry professional with over a decade of experience in sport administration and athlete management.

Over the past seven years, Kairon has held a senior management role with a Government agency in Trinidad and Tobago. In his capacity he has led several key projects, including capacity building initiatives in partnership with Sport England around NGB Business Planning, PR and Communications; a professional women’s league for football, coordination of government stakeholders for the execution of the CPL matches in Trinidad & Tobago since 2017 and the establishment of several partnerships between SporTT, local and regional stakeholders.

Kairon has been consistently involved in Trinidad & Tobago’s Olympic Movement and has managed two-time Olympic Sailor, Andrew Lewis since 2010, playing an integral role in the sailor’s qualification and accompanying him to the London 2012 and Rio 2016 Summer Olympics. In addition to this, he has represented Trinidad and Tobago as a team manager and has attended several major international games including the Central American and Caribbean Games (CAC), Men’s North Central America and Caribbean Federation (NORCECA) Volleyball championship and Caribbean Zonal Volleyball Association (CAZOVA) Caribbean Championships with the national men’s volleyball team and the Pan American Games with the national sailing team .

Kairon is a former part-time lecturer in Sport Finance with the FIFA CIES Sport Management Program at The University of the West Indies (UWI) and currently an executive member of the Merry Boys Sports Club. He holds a Global Executive Master in International Sports Law from Instituto Superior Derecho y Economia (ISDE) in Madrid, Master of Business Administration and Masters of Sport Management from the University of Massachusetts – Amherst and is a holder of the Project Management Professional (PMP) certification. He also holds a Diploma in Financial Management (DipFM) from the Association of Certified Charted Accountants (ACCA) and an undergraduate degree from the UWI, St Augustine campus.

He is a firm believer in international networking and the benefits that can be developed from collaborations with global sporting entities. Kairon’s personal philosophy is that the Caribbean has the potential to be a global market leader in the sporting world and attests that this belief is primarily what motivates his involvement. 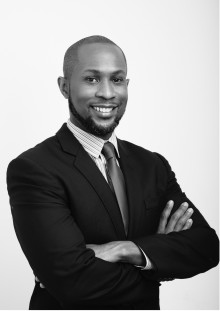