Manuel is a German-born Spanish sports-lawyer with Polish roots. As part of Parmars since 2019, Manuel demonstrated a great capacity to treat cases of a varied nature such as training compensation and solidarity mechanism claims, disciplinary matters, ethics cases, trademark protection proceedings, labour law assistance or legal advice regarding football transfers.  His natural interest for sports led him to successfully analyse cases of an extended list of sports like football, futsal, basketball, or eSports among many others.

This experience led Manuel to be part of several TAS / CAS matters, being actively involved in the organisation of ISDE’s Masters in International Sports Law and being involved in legal matters concerning 2018 FIFA World Cup and Germany’s bid to host the UEFA European Football Championship 2024.

In addition to his professional trajectory, Manuel has an admirable educational background. He finished his Law Degree at the Santiago de Compostela University with a notable final grade, as well as two distinctions.  To complete his academic development, he successfully completed the International Sports Law Master at Instituto Superior de Derecho y Economía (ISDE) Madrid, and an Advocacy Master taught by Universidad Nacional de Educación a Distancia completed with an internship in Spanish First and Second Instance Courts. Manuel also passed his bar exam in Spain.

His passion for sports came from a very young stage. His father was a football manager in Germany for several youth divisions of historical clubs.  This led Manuel to play football in different stages, as well as pursuing other sports such as Kung-Fu; in which Manuel's aim for excellence led to him becoming Galician Champion in 2005. 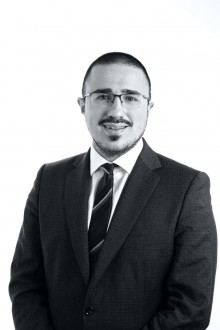