Maria Segura is a Spanish qualified lawyer (Madrid Bar (2000) and Brussels Bar (2013)). She obtained her Master’s degree (Europa Institut) with a thesis in the field of state aid. In 2000, she joined the Berlin office of the law firm Freshfields Bruckhaus Deringer. She then worked for two years for the European Commission (DG Competition, state aid unit in charge of state-owned undertakings and services). This experience enabled her to better understand how surveillance bodies interpret and apply state aid rules and to put in place and develop an extensive network within the European Commission she had started to build during her traineeship within the legal service of the European Commission. Maria Segura then joined the EFTA Surveillance Authority where she continued working on state aid matters as a case handler. In March 2009, she was promoted to the position of Deputy Director of the Competition and State Aid Directorate responsible for state aid. In such capacity, she was responsible for a team of 18 lawyers and economists and in charge of the review of the assessment of state aid cases and the coordination with the Legal Service for the defense of the state aid decisions appealed before the European Courts.

Maria Segura is founding partner at the law firm Clayton & Segura established in 2013. In such capacity she has been advising clients in a wide range of matters including representing Spanish football clubs.

She has been ranked as one of the leading state aid lawyers in Chambers and Partners for several years. According to the 2021 edition of Chambers and Partners : “Maria Segura is held in high regard for her work advising clients on state aid litigation before the full range of European courts. She has experience in the state aid aspects of tax legislation, as well as in state aid issues in the energy sector”. 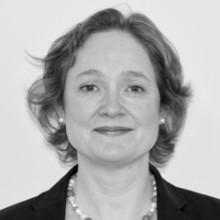