In 2014, Nicholas was identified by Legal Week as one of ten ‘Stars at the Bar’ recognised for his exceptional abilities in practice at the commercial bar, and described by those instructing him as "intellectually outstanding", "switched on" and "phenomenally hard-working and conscientious, with great attention to detail".

Nicholas's work in EU and Competition law is also recommended byChambers & Partners as a "very clever, energetic and hard-working "junior" fabulous to have on a case" and noted for his "first-class mind for detail" (2015), and by Legal 500 , where he has been praised for his"excellent client skills" and working "extremely hard"for clients (2014), and described as "sharp and responsive" (2013) and"an excellent team player" (2012). In addition, Nicholas is ranked by Chambers & Partners as an up and coming Telecommunications junior who has "carved a name for himself in the telecoms sector" who is "very hands-on, very friendly and very approachable" (2015), whose "paperwork is excellent" and someone good to have in court "when you have a difficult case to represent" (2014). Nicholas is also recognised by Who's Who Legal (UK) as a leading barrister in the law of both Competition and Telecommunications.

Since arriving at Matrix, Nicholas has been instructed by a range of clients in both the public and private sectors, regularly advising the Competition and Markets Authority (and previously, the Competition Commission and the Office of Fair Trading). Nicholas was appointed to the Attorney General's C Panel in 2012. In addition to his work as a junior, Nicholas has appeared unled in the Court of Appeal, the High Court, the Crown Court, the Competition Appeal Tribunal, the First-tier Tribunal, the Employment Tribunal and the County Court.  He has also advised and prepared written submissions unled for clients in the European Court of Human Rights.  Further details of his experience are availablehere.

Before moving to Matrix in 2009, Nicholas worked for seven and a half years at Freshfields Bruckhaus Deringer LLP, where on qualification he practised as an associate and solicitor-advocate in the firm’s Dispute Resolution department specialising in competition, commercial, EU and public law.  During his time as a solicitor, Nicholas advised regulators, major financial institutions and leading companies across a range of industry sectors, as well as acting pro bono for clients in various tribunals.

Nicholas also spent the judicial year 2007 to 2008 working as Judicial Assistant to Lord Bingham of Cornhill and Lord Walker of Gestingthorpe at the House of Lords.

Prior to becoming a solicitor, Nicholas spent time working in the Middle East for the United Nations and other non-governmental organisations on policy and legal matters, including issues of public international law and human rights.

Nicholas has lectured and written widely on matters within his expertise, including as visiting lecturer on the LLM courseHuman Rights: Theory & Practiceat King’s College, London, and as a contributor to Bellamy & Child: European Union Law of Competition (7th edition, 2013), the Cambridge Law Journal, the European Human Rights Law Review and the ukscblog.com and eutopialaw.com blogs.  Nicholas is also a member of the consulting editorial board of LexisPSL Competition.

2009:              Called to the bar (England and Wales) as a transferring solicitor-advocate (exempted from all service of pupillage)

Nicholas speaks fluent French, having spent six months working in a bilingual office environment in Paris during his solicitor training contract, and has a good working knowledge of Spanish and spoken Arabic.

Nicholas accepts instructions under the Bar Council Standard Contractual Terms, details of which can be found here. 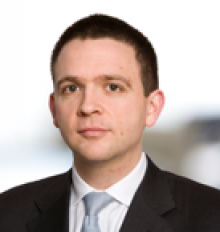