Zachary has been instructed by States in relation to proceedings in the International Court of Justice and the Tribunal for the Law of the Sea. He has acted as counsel in investment treaty arbitrations and commercial arbitrations under the ICC, LCIA, SCC, UNCITRAL, Swiss and ICSID Arbitration Rules and has served as an arbitrator in more than forty cases under the LCIA, ICC, UNCITRAL and ICSID Rules, including as chairman and as sole-arbitrator in half of those cases.

Zachary has acted as counsel in cases before the English courts and other municipal courts relating to state immunity, human rights and humanitarian law, state succession, constitutional law, challenges to investment treaty awards and money laundering. He has represented individuals and companies in proceedings before the European Court of Human Rights. He has also acted in dozens of cases before the Court of Arbitration for Sport, having formerly represented the International Olympic Committee.

Zachary is fluent in both Russian and French and has conducted bilingual arbitration proceedings in Russian and French. Zachary's academic research is currently focused on investment treaty arbitration and the application of international norms in domestic legal orders. He is the author of one of the leading studies on investment treaty arbitration 'The International Law of Investment Claims' published by Cambridge University Press in 2009.  Zachary was a Visiting Professor at the Université Panthéon-Assas Paris II in 2013.

Zachary was formerly a Solicitor-Advocate at Freshfields in Paris until 2005.

Zachary accepts instructions under the Bar Council Standard Contractual Terms, details of which can be found here. 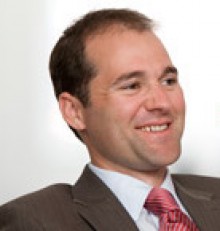