Stuart M. Wilson is an associate in the Los Angeles, California office of Quintairos, Prieto, Wood & Boyer, P.A.  He received his Juris Doctor, with an emphasis in sports and labor law, from Gonzaga University School of Law in 2011 and Bachelor of Arts from UCLA in 2007 while majoring in political science.  While in law school, he was a member of the Sports and Entertainment Law Club and served as a law clerk for The Gonzaga Center of Law and Justice in the consumer law clinical program.

Mr. Wilson specializes in Workers’ Compensation Defense and represents insurance carriers, third party administrators, employers and self-insured professional sports teams including the Toronto Maple Leafs, Winnipeg Jets and Phoenix Coyotes.  He regularly appears before Workers’ Compensation Appeals Board proceedings throughout California and is well versed in analyzing exposure.  He prides himself on having excellent client service with a high attention to detail.

Mr. Wilson is licensed to practice law in California and is a member of the State Bar of California.

Mr. Wilson is licensed to practice law in California and is a member of the State Bar of California. 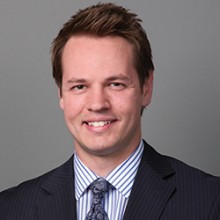