Tom was called to the Bar in 1989, having been awarded a Council of Legal Education Studentship and the Prince of Wales Scholarship in 1988, the Karmel Scholarship (Common Law) First Prize and the Atkin Scholarship at Gray's Inn in 1989. He was appointed to the Attorney General's Treasury "A" Panel in 2003 and, in 2005, was appointed as a Recorder. He was also awarded Employment Junior of the Year in the Chambers & Partners Bar Awards in 2005 and again in 2006. He took silk in 2006, and was short listed  for Employment Silk of the Year in 2008 and 2010 by Chambers & Partners as well as winning it in 2011. In 2012 he was elected as a Bencher at Gray’s Inn. He is one of The Lawyer’s “Hot 100” for 2014. Tom also won Employment Silk of the Year at The Legal 500 Awards 2014.

Tom does the full range of work related disputes and is proud of having acted for a wide spectrum of clients. He also advises in partnership and LLP disputes and disputes involving directors' duties and he has a particular interest, and experience, in extraterritorial effect and conflict of laws issues. He does a great deal of work in the areas which intersect with commercial law, ie contract claims such as city bonus cases (for example, recently representing Commerzbank in the trial of a 50 million Euro bonus claim brought by 104 Claimants), and cases about fiduciary duties, restraint of trade and breach of confidence. His extensive work with financial services institutions has also given him valuable experience of regulatory issues, for example through his involvement in a number of cases relating to alleged LIBOR fixing. A lot of his work concerns the EU and human rights aspects of employment law, and he also has valuable experience of collective labour law (trade union law, industrial action, recognition and collective bargaining), recently advising Unison in connection with its ballot for national industrial action over pensions issues.

Much of Tom's work is in the High Court or at the appellate level (since 2000, only one other practitioner in the field has had more reported cases in the Industrial Relations Law Reports than Tom), but he also regularly appears in employment tribunal cases, where the claim is substantial or raises issues of law. For example, he represented Gordon Ramsay Holdings Limited in its dispute with Chris Hutcheson & Others, Michael Woodford in his whistleblowing claim against Olympus Corporation and Channel 4 in its dispute with the betting pundit, John McCririck.

His discrimination law work cuts across employment, judicial review, goods and services and education. It covers sex, race and disability discrimination as well as trade union and health and safety victimisation cases, but he has a particular interest in equal pay law, age and religion and belief discrimination. He regularly acts in high value City cases. He represented Britain’s Got Talent in discrimination claims brought by disappointed contestants, he has acted for the Metropolitan Police in high profile discrimination claims (eg the claims brought by Dr Ali Dizaei) and he has represented thousands of employees in public sector equal pay cases. Tom is also instructed in judicial review claims which raise discrimination law issues, a particularly high profile  example beingR(E) v Governing Body of JFS & Otherswhere he represented the Department for Children Schools and Families and the Government Equality Office.

As far as public/local government work is concerned, he was a member of the A Panel of Treasury Counsel until he took silk. He has considerable experience of acting both for and against local and central government mainly in the context of education, the NHS and the Prison Service.

Tom's cases often raise European Union/human rights points and he has argued a number of cases in the Court of Justice of the European Union. For example, he appeared in the CJEU on behalf of the UK Government in the Robinson-Steele, Marshalls Clay and FNV v The Netherlands cases which raised, under Article 7 of the Working Time Directive, various issues in relation to the right to annual paid leave. He was also instructed on behalf of the employees inAlemo Herron v Parkwood Leisure, a case under the Acquired Rights Directive.

His sports law practice tends to overlap with the other areas of his work. It involves commercial/employment disputes between sports players, their agents and sports organisations. Tom has experience of sports disciplinary work. He also successfully defended Liverpool Football Club against a challenge to the disabled seating arrangements at Anfield brought by a disabled Birmingham City supporter and he advised Manchester City Football Club in its dispute with Carlos Tevez over his alleged refusal to take to the field against Bayern Munich.

Tom is ranked in Legal 500 2014 in Employment and Sport. He is described as “The top choice for complex legal issues” and as having “expertise in employment issues between sports players and their agents.”

Chambers & Partners 2015 recommend Tom as a ‘Star Individual’ in Employment describing him as “one of the pre-eminent silks in the area and a man very much in vogue over the past year. Market-leading City-based firms flock to him, and he is regularly instructed in high-profile and ground-breaking cases”. He is "a real all-rounder and first-class appellate silk." "He has the intellectual authority you really want. If difficult issues arise you will find that he will guide the judge with authority." "He really understands the commercial world in which most of us live, doesn't have the rarefied air some do at the Bar, and is very much an advocate for the 21st century."

Chambers & Partners 2013 describe the "fantastic" Thomas Linden QC as "extremely bright and an extremely good advocate" who is "excellent on strategy" and "very hands-on." Tom is the silk of choice for many leading solicitors, with one saying: "I go to him for 'bust the company' litigation."

Chambers & Partners 2012 recommend Tom as the "first choice for the most complex of cases." He is "A big star of the Employment Bar"; "able to generate clever arguments on tricky points" and also "knows exactly what his clients need and is an excellent communicator."

Legal 500 2011/12 describes Tom as "consistently impressive and commended for his ability to master and distil complex legal issues".

Chambers & Partners 2011 describes Tom as being "worth his weight in gold." He is "responsive and easy to work with, as well as being a real team player who can be relied upon to roll up his sleeves and muck in." Tom applies his "ferocious intelligence, superb judgement and immense technical skill" to whatever case is before him and comes up with commercial and insightful advice. As one solicitor said, "this means victory is practically secured before he even takes to the floor to bring out his phenomenal advocacy skills." He was once again ranked as a 'Star Player' in Employment Law.

Tom accepts instructions under the Bar Council Standard Contractual Terms, details of which can be found here. 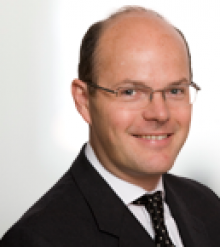