Tim is a highly regarded specialist in a wide range of practice areas that span the fields of criminal, public, human rights and civil law.  His practice embraces pre-litigation advice, trial and appellate work and he is valued as an advocate with specialist knowledge of the criminal, regulatory and civil law aspects of complex investigations who can provide strategic advice to companies, governments and individuals from the earliest stage through to trial and, if necessary, to appeal.  He is variously praised in the legal Directories as “a sublime, elegant advocate”, “a delight to work alongside”, “as good as it gets”, “brave and relentless with excellent judgment”, “a gifted trial lawyer and brilliant appellate advocate”, “someone who gets to the heart of the issues with great skill”, “able to build a great rapport with judges” and a lawyer who “provides clear guidance through difficult problems”.

Tim has appeared in more than 40 appeals to the House of Lords/Supreme Court (with three appeals pending in 2014) as well as numerous appeals to the Court of Appeal in both public and criminal law cases, particularly those which raise novel, legally complex issues.  He has acted in a wide range of business crime cases (both at trial and appellate level) involving market abuse, bribery/corruption, sanctions offences, cartel offences, frauds of all kinds, insider dealing and other regulatory offences.  His clients include FTSE 100 and 250 companies, foreign governments and corporations, individual clients and the DPP.  Widely acknowledged as an outstanding appellate advocate, he has unrivalled experience in miscarriage of justice appeals arising from references by the Criminal Cases Review Commission. He is valued for his team working ability, his approachability, his ability to absorb a mass of complex information, his skills in cross examination and his ability to present difficult arguments to jurors and Judges alike in plain, clear language. He has extensive experience of cases involving an international, cross border dimension and has appeared in the courts of Hong Kong and the Cayman Islands in both civil and criminal cases.

Tim’s recent case load includes the successful defence of former iSOFT Director Stephen Graham on a charge of market abuse, acting for Andrey Lugovoy (former KGB officer and member of Russian Dumas accused of murdering Litvinenko)  before the inquest into the death of Alexander Litvinenko, advising a major bank under investigation for Libor fixing; appearing before the Hong Kong Court of Appeal in a fraud case raising major constitutional issues concerning the non-availability of mutual legal assistance as between Hong Kong and China; acting for Andre Monteil in relation to the Trinidad based Commission of Inquiry into the failure of Colonial Life Insurance Company (CLICO); acting for the DPP in a series of appeals concerning the legality of prosecuting potential Vietnamese child victims of human trafficking; acting for life long peace protester John Catt in his judicial review challenge to his inclusion on ACPO’s domestic extremism database; acting for Christopher Jefferies in his claim against the Chief Constable of Avon and Somerset in relation to the murder of Jo Yates; advising the Hong Kong DPP in relation to a complex appeal relating to convictions for misconduct in public office and acting in a judicial review challenge concerning the Ministry of Defence’s revised interrogation policy (“challenge direct”) authorised for use by military personnel engaged in interrogation and tactical questioning of foreign nationals during overseas military operations.

Tim is an Advisory Editor of Blackstone's Criminal Practice 2014 and the editor/author of numerous publications including Asset Recovery: Criminal Confiscation and Civil Recovery (OUP, 2014), Prison Law, 4th edition (OUP, 2008) and Blackstone's Guide to the Serious Organised Crime and Police Act 2005 (OUP, 2005).  He is a regular lecturer, writer and speaker on topical legal issues.  In addition to his practice at the Bar, Tim sits as a Deputy High Court Judge in the Administrative Court, he is a Recorder of the Crown Court and in April 2013 he was appointed an Acting Judge to the Grand Court of the Cayman Islands.

Confiscation, restraint and proceeds of crime

Tim accepts instructions under the Bar Council Standard Contractual Terms, details of which can be found here. 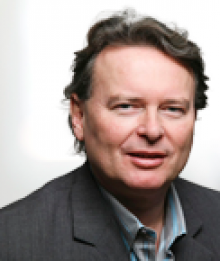