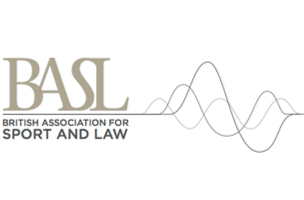 10.20am - Session 1: Major sports events – are the costs now outweighing the benefits?

11.40am Session 2: The challenges posed by the changing broadcast landscape

4.35pm Grand tour of Lord’s, networking drinks and meet the BASL Board

To find out more about tickets princing and to book your place, please see the conference booking form here.

If you are having any difficulties, please email: This email address is being protected from spambots. You need JavaScript enabled to view it.

Sir Craig Reedie has enjoyed a long career in Sports Administration. A former President of the Scottish Badminton Union and the International Badminton Federation he was responsible for the admission of his sport to the Olympic Programme in 1985. In 1992 he became Chairman of the British Olympic Association and led the organisation through the Olympic Games of Atlanta, Sydney and Athens and the Olympic Winter Games of Lillehammer, Nagano and Salt Lake City. He was a leading member of the London 2012 Bid Team which won the right to host the Olympic Games in London. He became a member of the International Olympic Committee in 1994 and has served on many different IOC Commissions. He was elected as a member of the IOC Executive Board in October 2009 and as a Vice President from July 2012 until 2016. He was Chair of the IOC Evaluation Commission for the 2020 Olympic Games.

Formerly Chairman of the Finance and Administration Committee and a member of the Executive Committee and Foundation Board of the World Anti-Doping Agency he was elected President of WADA in November 2013.

As Chair of the Cycling Independent Review into the Climate and Culture of the World Class Programme of British Cycling, Annamarie recently led and completed the first independent review into the culture and behaviour of a funded sport. The CIR’s report produced recommendations that have been adopted in full by UK Sport and British Cycling, and are set to become the blue-print for the future environment standards in domestic funded sports. Annamarie will speak about the CIR, its process and recommendations, its overlap with Duty of Care in sport as well as her first-hand knowledge of the implications of the new Code of Governance in Sport.

Chris Anderson is the co-founder of Anderson Sally. Before this Chris was an award-winning researcher and professor at Cornell University. A behavioral scientist with many years of experience analyzing complex data, Chris has held appointments at a number of universities, including Oxford University and Stanford University’s Center for Advanced Studies in the Behavioral Sciences.

Chris also has taught management strategy at prominent business schools, including Cornell’s Johnson School of Management and Northwestern University’s Kellogg School of Management, and he has been a Visiting Fellow at the London School of Economics. Chris has also served as Chief Executive and Managing Director of a professional football club and is a frequent commentator on the use of analytics in football and Big Data in high performing organizations.

Rory is a director of C&N Sporting Risk. He has a background in analytics and predictive modelling in football. His initial focus was in sports betting but has also worked alongside a number of Premier League football clubs (notably West Ham as Head of Technical Analysis) in helping trying to integrate a more strategic decision making process around the use of data and analytics.

Leading Sport for Facebook across EMEA, Jerry has over 15 years of sports media and marketing experience. Prior to joining Facebook, Jerry led the Digital Strategy for Chelsea FC where he focused on driving the relationship the club has with its millions of fans globally and leveraging this asset to drive greater commercial value for the club.

The experience he has gained working for both governing body and club in Media, Marketing, CRM, Digital and Sponsorship gives him a unique understanding of each of these verticals and how digital can blur and disrupt traditional models to drive innovative experiences for fans and greater value for rights holders and sponsors.

Mike has been involved in a number of successful Olympic bid and IF Presidential campaigns including Brian Cookson (UCI), Lord Coe (IAAF) and Gianni Infantino (FIFA). His current clients include the Paris 2024 Bid Committee, World Rugby, the UCI, UEFA, Andrew Parsons in his bid to become IPC President and the International Surfing Association.

Blake is the cofounder and CEO of 21st Club Ltd – a company that works as a trusted adviser to clubs and investors in football. 21st Club’s mission is to change the conversion in football and its mantra is that you don’t have to outspend your rivals; you can win by out thinking them.

Andy is the BT Consumer lead for strategy and content. His role drives the overall ambition for the business and encompasses voice, broadband, fibre, TV, mobile, content and importantly transforming the customer experience for BT’s 10m subscribers.

He was the architect of BT’s strategy and successful bid for UEFA Champions League football and has led the overall strategy of BT Sport since launch. He is responsible for negotiating content rights and all partnerships for BT Sport and the UK’s fastest growing TV platform, BT TV.

Andy leads a team of strategists to deliver the vision for the business at this critical point in the development of the BT Consumer and
the integration of the EE business. He has a background in strategy across a range of FMCG and technology companies and a largely unused masters degree in Chemistry from Wadham College, Oxford.

Michael Payne has been at the forefront of the sports marketing industry for over 30 years. Michael led the global marketing effort for the Olympic Movement for more than two decades, from 1983 to 2004, as the IOC’s first ever Marketing and Broadcast Rights Director generating in excess of $15 billion in broadcast and marketing revenues programmes.

Niall Sloane grew up in Northern Ireland and played football for Portadown FC, Northern Ireland Youth and in 1974 was NI Young Player of the Year. He signed an amateur contract with Sheffield Wednesday while studying LLB Contract at Sheffield University. Neither worked out well.

He moved on to newspapers in St Albans and then to the BBC in 1982 working on a range of sports for Grandstand. In 1988 he moved to ITV and returned to the BBC a year later when they begged him to come back. This time he stayed for 20 years during which time he was Editor Match of the Day and Sportsnight; Head of Football and Documentaries and Head of Football and Formula One. He won BAFTA, RTS and Broadcast awards during this time.

Niall rejoined ITV in 2009 and in this time has signed Six Nations, the French Open and Racing for ITV as well as renewing Football and Rugby World Cups, European Championships, and the Tour de France. ITV4 has grown its varied sports output significantly during his tenure and he was instrumental in setting up ITV Box Office which has recently featured boxing.

Ashley is a highly-experienced sports and media lawyer and board and executive committee member of BASL. He manages the Sports Consultancy’s legal business and assists clients in relation to commercial legal, governance and strategic matters across a number of projects, including event bidding, venue procurement, sponsorship, operational concerns, the production and exploitation of media rights, investigations and regulatory issues.

Ian has expertise in a wide range of non- contentious areas of sports law including sponsorship, financial regulation (salary caps and financial fair play), sports M&A, financing, rules and regulations, transfers, player contracts and image rights. He has a particular focus on the use of data in sport; advising both sports data businesses and “traditional” sports clients integrating datainto their decision making structures. He has spoken on the use of data in sport at events such as Web Summit and MIT Sloan Sports Analytics Conference.

Oliver has over fifteen years of experience negotiating and advising on key commercial deals within the sports industry, with a particular focus on sports media rights. Whether acquiring sports media rights from global sports organisations for Sky Sports or selling UEFA Champions League and UEFA Europa League media rights to broadcasters worldwide, Oliver has negotiated a number of the highest-value broadcasting deals in the industry. Alongside his role as Director of Business Affairs
at TEAM, Oliver is also a Director of the British Association for Sport and Law.