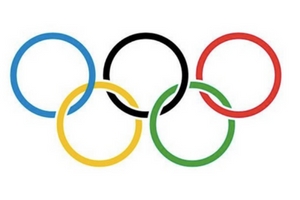 The UNC Sports and Entertainment Law Association is proud to present: Sports, Drugs & Olympic Redemption.
*FREE CHICK-FIL-A for those who register!

Come hear from four of the most prominent voices in sports and olympic regulation on current issues with olympic doping, amateur and professional sports regulation, and much more! Our four panelists include a former athlete turned scholar, an olympic coach, and two sports attorneys that have arbitrated before the international Court of Arbitration for Sport (CAS) including the arbitrator that successfully argued for the only Russian track and field athlete permitted to compete in the Rio Olympics.

Mr. Bunting's experience includes a precedent-setting case involving deceptive advertising allegations made by the Commissioner of Competition and a landmark case before the International Court of Arbitration for Sport. He has extensive experience with sports-related matters. This includes representing athletes, coaches, agents, National Anti-Doping Agencies and International Federations in respect of a variety of issues, including doping infractions, allegations of discrimination, contractual claims, carding disputes, team selection appeals and disciplinary appeals. Mr. Bunting served as the Athlete Ombudsperson to the Canadian Olympic Committee during the 2016 Olympic Games in Rio and clerked with the Court of Arbitration for Sport at the 2002 Winter Olympic Games in Salt Lake City.

Ms. Coleman has practiced, taught, and written about sports law, with a focus on the Olympic Movement and eligibility issues including doping and gender. Additionally, Coleman competed internationally over 800 meters. She was the U.S. National Collegiate Indoor Champion in 1982 and the Swiss National Champion in 1982 and 1983. Over her athletic career she competed for the Swiss and U.S. National Teams, Athletics West, the Santa Monica and Atoms Track Clubs, and Lausanne Sports.

Mr. Greene, the Founder of Global Sports Advocates, LLC, is recognized by Chambers USA and Super Lawyers as one of America’s leading sports lawyers. Paul has handled sports law matters around the world, including numerous hearings before the international Court of Arbitration for Sport in Lausanne, Switzerland known as the “Supreme Court for Sports Law.” Some of the cases he has been involved in include Asafa Powell and Sherone Simpson v. Jamaica Anti-Doping Commission: successfully appealed doping bans of gold medal sprinters at the Court of Arbitration for Sport. Bans were reduced from 18 months to 6 months. CAS Panel ordered the Jamaican Anti-Doping Commission pay attorney’s fees in historic decision and Phil DeRosier v. USA Track & Field: defended the right of a track and field athlete to compete in the U.S. Olympic Track and Field Trials in an emergency arbitration just hours before his scheduled race.

Feel free to come and leave as best suits your schedule! Our wonderful speakers are coming for you and they are excited to share all their knowledge on olympic doping generally, current issues, WADA and USADA regulations, and discuss career paths.Refreshments will be included!