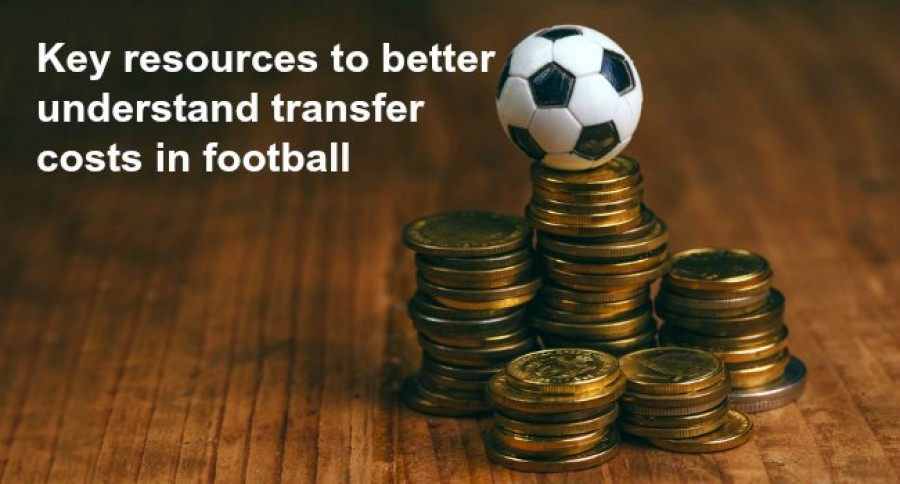 Beyond just the headline transfer fee payment, there are a number of additional costs to be aware of whenever a football club buys a player in the transfer market.

For example, Premier League clubs must pay a transfer levy whenever they buy a player. This levy constitutes an additional four percent of the transfer fee, which goes to the league to help pay premiums due under the Professional Footballers’ Pension Scheme (any surplus is added to the Professional Game Youth Fund). So, when Chelsea purchased N’Golo Kante from Leicester City for a reported £30 million transfer fee,1 the London club had to pay an additional £1.2 million to the Premier League to cover the transfer levy.

LawInSport has published a range of articles to help both professionals working in the industry and football fans alike better understand the costs involved when clubs buy players. Below, we have set out a selection of these articles to provide a perfect resource for anyone interested in learning more about this key area of the football industry.

As most will be aware, there are many different types of contractual bonuses and variable elements of pay that can be written into footballers’ contracts. The different types of bonuses and their contractual status is explored in this article by Richard Berry, sports lawyer at Lewis Silkin, who also goes on to consider where remuneration in English Football may be heading in the future:

Different types of bonuses and pay can make for interesting contract negotiations. Jonny Madill, an associate in the sport group at Sheridans, discusses the current trends in player contract negotiations with regards to performance-based pay in this compilation article by Jake Cohen. The article also contains insights from a number of other leading lawyers and agents actively working within the transfer market:

As more and more clubs attempt to implement variable pay structures, it becomes even more important for clubs to insure against the cost of success.

Back in 2014, when few outside the football industry were aware of the considerable costs of success, LawInSport CEO Sean Cottrell interviewed Hedgehog Risk’s Saul Paine about this very issue. However, now that these sorts of insurance products are almost fundamental necessities for football clubs, this article is very much worth revisiting and is as topical now as it was two years ago:

The evolving business of football: insuring against the cost of success

When a player is transferred to a new club, the player’s previous clubs that had a hand in training the player at a young age may be entitled to training compensation or solidarity payments depending on the player’s age and circumstances.

Andrew Smith, a barrister at Matrix Chambers, has written two articles that clearly and concisely break down the regulations and issues involved:

The Premier League has its own compensation system for out-of-contract players under the age of twenty-four. In April 2016, the Professional Football Compensation Committee (PFCC) handed down the largest compensation ever awarded to Burnley FC stemming from Danny Ings’ move to Liverpool.

Dan Lowen, a partner at Couchmans LLP, represented Burnley in the matter, and in this article explains the Premier League compensation system through the lens of the Ings compensation case:

As a result of a series of high-profile negotiations between players and managers and their new clubs over the past few months, image rights deals have crept into the mainstream football discussion.

These complex deals are a fundamental part of an established player’s (or manager’s) total compensation package, and LawInSport has a series of resources for those interested in what image rights are and why they are so important in football.

Pete Hackleton, a partner in the sports and entertainment group at Saffery Champness, recently updated his very popular 2014 overview of image rights and the issues surrounding them to reflect the changing landscape:

Carol Couse, a consultant in the sports team at Mills & Reeve, discussed the importance of image rights deals and how players can ensure that they receive the maximum possible benefit from their image rights deals. Her insights are included as part of a larger compilation article in which lawyers and agents actively working in football discuss topical legal issues in the transfer market:

Finally, in light of the Mourinho saga, Charlie Maurice and Tom Collins, sports lawyers at Stephens & Bolton LLP, explain the importance of footballer players and managers ensuring that they own their own trade marks, and what can happen when they come to transfer to another club if they don’t:

In the United States, Major League Soccer’s wage structure is more akin to its fellow U.S. sport leagues rather than its fellow professional football leagues. Under the collective bargaining agreement, there is a salary cap and heavy restrictions on player movement.

As MLS continues to grow and European clubs continue to use the league as a way to gain market share in the lucrative U.S. market through partnerships (see City Football Group’s ambitions2) and friendlies (the MLS All-Star Game, held every summer is a friendly between the top MLS players and a European club), it will be increasingly important to have a basic understanding of how the league is structured.

Specifically, it will be useful to be aware of some of the key differences between MLS and the rest of professional football with regards to wage structures. The following article by Jake Cohen and interview by Sean Cottrell with Dimitrios Efstathiou (Vice President, Legal at Major League Soccer) run through some of the most important elements:

Equally, an understanding of the peculiarities of the South America football market is also important, particularly for European clubs turning their eye towards South American talent. Ariel Reck, a leading South American sports lawyer, has written an excellent article on the charges applied to footballers’ transfers in Argentina. Arial stresses that the country has a very specific set of the charges, taxes, costs and levies associated with footballers’ transfers abroad, which can – perhaps surprisingly – amount to up to 25.7% of the total transfer price. Foreign clubs often overlook these charges, as they differ from domestic regimes, which can hinder negotiations: