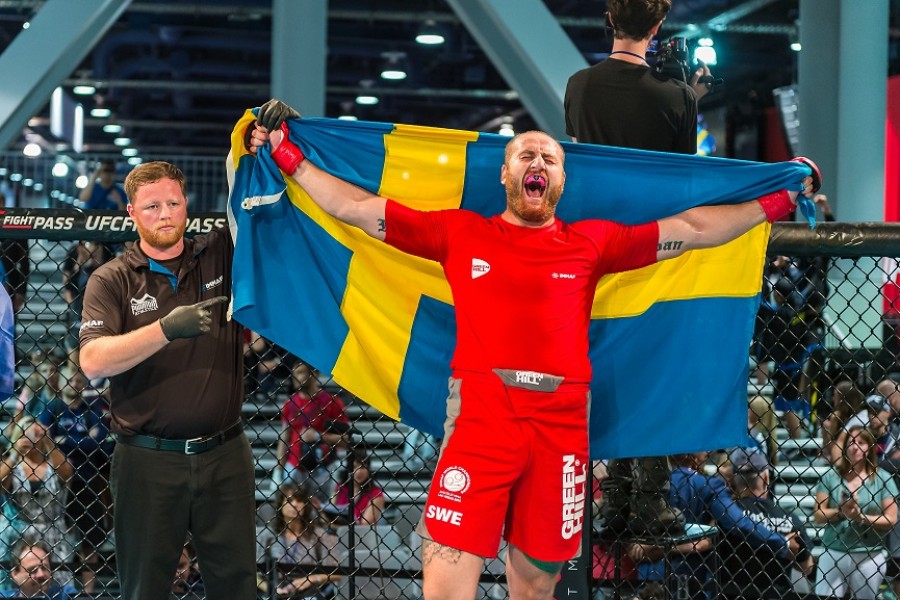 IMMAF is delighted to announce the creation of an Athletes’ Commission that will keep the athletes’ viewpoint at the heart of all policy decisions.

IMMAF President Kerrith Brown said: “As one of seven brand new Commissions, the Athletes’ Commission will encourage and empower the Athletes’ voice in all matters related to Amateur MMA globally.”

The Commission has called on the expertise of former stars of the amateur MMA scene, as well as one of MMA’s most highly respected sport officials in the form of India’s Vikash Sharma.

The Chairman of the Commission, Irman Smajic of Sweden, was an outstanding heavyweight and one of his nation’s most storied amateur MMA fighters. As well as multiple IMMAF World titles, Irman was also a gold medallist at the European Championships and Asian Open events.

Irman, a proud father of 2, hung up his competition gloves to qualify as a dentist.

“It is a great honour to lead such a talented team on the new Athletes’ Commission,” said Irman, “and I am excited about doing everything possible to support IMMAF as it continues to develop programmes and platforms to support amateur athletes all around the world.”

Jose “Shorty” Torres of the USA is one of the most decorated amateur athletes in MMA history, with a 25-1 win-loss ratio. A graduate of McKendree University, Shorty was a two-time IMMAF world champion and is currently preparing for a lightweight world title bid as a pro.

Julia Dorny of Germany was a European and double IMMAF World Champion in the amateur ranks before turning pro, where she has an unbeaten record. A former judoka, Julia is an athlete, media scientist and journalist. She is the only female athlete in the world competing as a judoka, mixed martial arts fighter and sumo wrestler.

Aisling Daly of Ireland fought in the UFC but was also pivotal in the development of sports safety for grassroots MMA in the Republic of Ireland. She was part of a group that has helped pioneer the medical safety movement, Safe MMA – Ireland. Daly has been active as a spokesperson for the sport and lobbied to protect MMA from a potential government ban in the country.