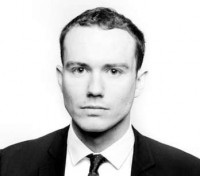 At Peters & Peters, in the Business Crime department, Craig has assisted on cases involving extradition and Interpol Red Notices, banking fraud (including a Serious Fraud Office investigation into a major multinational bank), Libor, and FX manipulation following a major US Department of Justice investigation.

He has further worked on a variety of complex international commercial disputes, and civil fraud and asset tracing cases, within the Civil team.

Prior to joining the firm, Craig read Law at Cambridge University, and was called to the Bar by Lincoln’s Inn, as a recipient of the Lord Denning and Hardwicke Scholarships.  In 2012-13, he was further awarded the Fox Scholarship by Middle Temple. This was comprised of a year-long placement in Canada, working for the leading litigation firm, Lenczner Slaght Royce Smith Griffin.

During this time Craig worked as part of a three-person team representing the Ecuadorian plaintiffs in an action for an order recognizing and enforcing a $9.51 billion (USD) judgment obtained in Ecuador against Chevron Corporation relating to oil pollution in the Amazon.  He was also involved in a major inside trading/tipping prosecution on behalf of the Ontario Securities Commission, and the defence of complex wrongful act manslaughter prosecution.

Whilst in Canada, Craig undertook a law clerkship at the Court of Appeal for Ontario and marshalling with The Right Honourable Justice Thomas Cromwell at the Supreme Court of Canada.

He has been published widely, including in the areas of extradition and Red Notice reform, anti-money laundering, bribery, and corruption in sport (including the 2015/16 and 2016/17 LawInSport/BASL Sports Law Yearbooks).

Bribery in football and corruption at the IAAF – How does the Bribery Act 2010 apply?