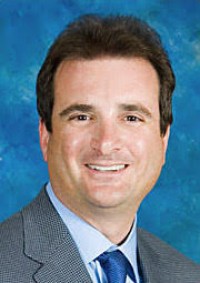 Daniel Wallach is the founder of Wallach Legal LLC, a law firm devoted exclusively to the burgeoning field of sports wagering and gaming law in the United States. Known as “The Sports Betting Attorney,” Dan has counseled professional sports teams, sports betting operators, fantasy sports companies, sports integrity firms, casinos, racetracks and service providers in navigating the complexities of U.S. gambling laws and regulations. He is a general member of the International Masters of Gaming Law (IMGL), an invitation-only organization for attorneys who have distinguished themselves through demonstrated performance and publishing in gaming law, significant gaming clientele and substantial participation in the gaming industry.

Dan is one of the nation’s foremost legal authorities in the field of sports gambling. He has become the “go-to” attorney to discuss sports gambling in the national media. He has appeared numerous times on outlets such as ESPN, MSNBC, CNBC, Fox News and C-SPAN to discuss the expansion of sports betting in the United States. He has appeared many times on sports talk radio shows around the country, as well as on a variety of national programs such as those hosted by Dan Patrick and Dan LeBatard. Dan is frequently quoted for his insights on sports betting legal issues in publications such as Sports Illustrated, The New York Times, The Washington Post, Wall Street Journal and Law360, among other widely-circulated publications.

Described as a “gaming law guru” by Michael McCann, the legal analyst for Sports Illustrated, Dan can often be found sharing his sports gambling and sports law insights on Twitter (@WALLACHLEGAL), where he has nearly 20,000 followers. He was named as one of “The Top 50 Must-Follow Sports Business Twitter Accounts” by Forbes in each of 2015, 2016 and 2017 (the only private attorney to earn that designation), and was recently profiled by Law360 as one of the “20 Attorneys Killing it on Twitter.” Dan is also the co-host of “Conduct Detrimental,” a weekly podcast examining the intersection of sports, gambling and the law.

He is a 1991 graduate of Hofstra University School of Law, where he graduated with distinction (in the top 2% of his graduating class) and was the Notes and Comments Editor of the Hofstra Law Review. Dan began his legal career as the judicial law clerk for the Honorable Jacob Mishler, a federal district court judge and the former chief judge of the United States District Court for the Eastern District of New York. Upon the conclusion of his one-year clerkship, Mr. Wallach joined the New York office of Weil, Gotshal & Manges, where he was a member of the Business and Securities Litigation Department (which, at the time, was the nation’s largest law firm practice group devoted exclusively to the practice of federal securities litigation).

The integrity framework that can save the ‘Game Act’ and serve as a model for U.S. sports betting legalization

US sports betting: why statutory interpretation may be key to New Jersey’s efforts to legalize gambling