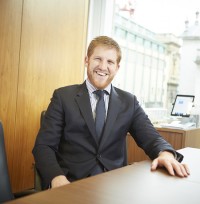 Ian Christian is a medical negligence partner and deals with a wide variety of claims for individuals who have received substandard medical treatment.

Ian specialises in treatment provided by medical staff following a sports injury. He is currently representing two professional rugby players and is a panel member for the Rugby Players Association. Ian advised the RPA on the concussion protocol which was implemented by the RFU at the start of the 2014/15 season. Away from the sporting environment, Ian is an expert in all birth injury and neonatal claims, including cerebral palsy; erb’s palsy; hypoglycaemia; hyperbilirubinaemia and retinopathy of prematurity cases.

Ian has conducted a number of high profile multiparty actions. He represented 2 families whose cases were considered in the Health Care Commission’s 2006 report into maternal deaths at Northwick Park Hospital. Following the outbreak of endocarditis at the Trent Cardiac Centre in 2009, Ian represented 9 families at the inquests and with the civil claims thereafter. In November 2014 he concluded the civil claims arising from the deaths of residents at the Orchid View Care Home run by Southern Cross; he had previously conducted the 8 week inquest and continues to campaign for a public inquiry.

Ian has advised the Care Quality Commission on the content of the Care Act 2014. He is also now an invitee to Public Policy events associated with improving care in the social and healthcare arena.

Directories have commented on Ian as follows:

“Ian relishes a trial when it proves necessary”

“The affable and scrupulous Ian Christian is an emerging star”

“Ian Christian is developing a first-class reputation in this area, with clients. Regarded as "bright, effective and ambitious," He is emerging as one of the most prominent figures in this area. He brings to birth injury and cancer cases an approach that clients praise as "very empathetic, measured and considered," and in which peers recognise "negotiating skills and methods that are second to none."

Could incidents of concussion in sport be an issue of negligence?